What happened in Orlando, stage to one of the USA’s deadliest mass shooting

Lights from police vehicles light up the scene infront of the Pulse club in Orlando, Florida on June 12, 2016.
,
by Mara Budgen

Why did Omar Mateen kill 50 people in a gay club in Orlando, Florida, on Sunday night? Is ISIS behind the attack? Many questions remain unanswered: find out what we know, here.

Lights from police vehicles light up the scene infront of the Pulse club in Orlando, Florida on June 12, 2016.

Orlando, a city in Florida of over a quarter million inhabitants, was theatre to a shooting that killed 50 people in the early hours of Sunday the 12th of June. The attack took place in a gay nightclub, Pulse, and was perpetrated by 29-year-old Omar Mateen, who was shot and killed by Orlando police. At the time in which it occurred, it became the deadliest mass shooting in the country’s history (the FBI defines a “mass murder” as a single event in which at least four people are killed apart from the attacker). 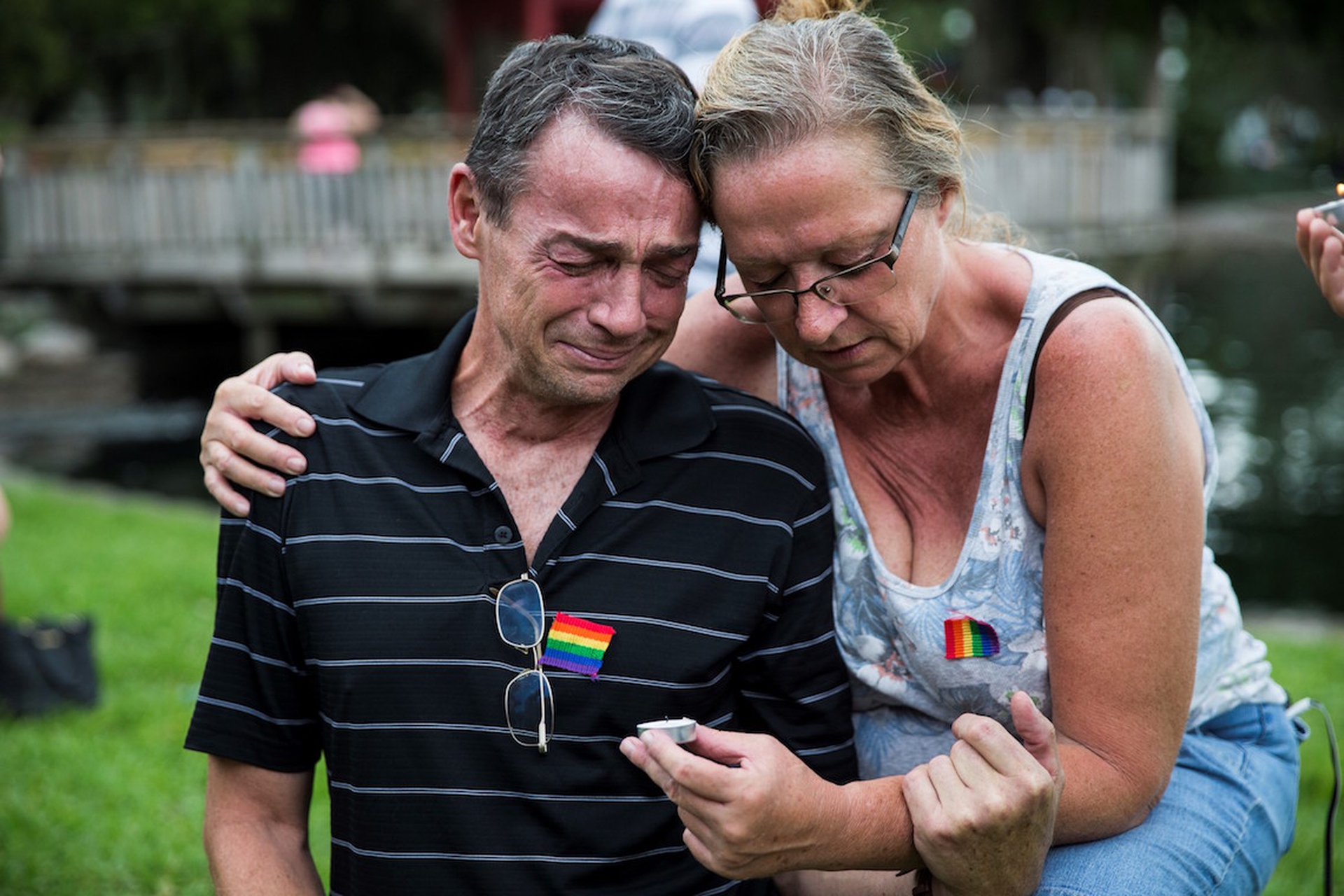 What happened in Orlando

Mateen entered the club at around 02:00 and, armed with an assault rifle and pistol, killed 50 and wounded 53 people, according to police. The assault lasted three hours before the police entered the building using an armoured vehicle and killed the attacker. During the siege Mateen called 911 (the US emergency telephone number) and pledged allegiance to ISIS. He also mentioned the Boston marathon bombers, the brothers Dzhokhar and Tamerlan Tsarnaev, who planted bombs at the 2013 Boston marathon killing three people and injuring over 260.

Who was Omar Mateen

Omar Mir Seddique Mateen was born in the US city of New York in 1986 from Afghan parents. He had most recently moved to Fort Pierce in Florida. Though he spoke of ISIS during the 911 phone call, it isn’t clear whether the act was religiously motivated. His ex-wife Sitora Yusufiy, with whom he was married from 2009 to 2011, told CNN that whilst he was a practicing Muslim, she doesn’t believe this played a factor in the attack. She added that he was an abusive husband and believed him to be mentally ill.

Mateen had been interviewed by the FBI in 2013 and 2014 but wasn’t flagged as being potentially dangerous. He had been working as a security officer for private security company G4S Secure Solutions since 2007, and had legally purchased a gun and pistol in the past two weeks (though it is uncertain whether these were used in the Orlando attack).

A message posted in Arabic appeared on a website associated with Amaq, ISIS’ news agency, stating the attack was “carried out by an Islamic state fighter”. However, its authenticity has been called in question. CNN’s Salma Abdelaziz, who translated the message and closely follows ISIS messages online, says it is inconsistent with the language normally used by the organisation, which, for example, refrains from using the Arab word for gay.

An act of terror and hate

President Obama held a press conference at the White House on the 12th of June, his 15th address in response to a mass shooting. “Although it’s still early in the investigation, we know enough to say this was an act of terror and act of hate,” he said, adding that “we’ve reached no definitive judgment on the precise motivations of the killer”.

“This was an act of terror and act of hate.” —@POTUS on the tragic shooting in #Orlando https://t.co/i7fOS38GzH

He also addressed the significance of the attack’s location:

This is an especially heartbreaking day for all […] who are lesbian, gay, bisexual or transgender. [..] The place where they were attacked is more than a nightclub—it is a place of solidarity and empowerment.

This is a sobering reminder that attacks on any American […] is an attack on all of us and on the fundamental values of equality and dignity that define us as a country.

Obama also pinpointed one of the attack’s root causes. “This massacre is […] a further reminder of how easy it is for someone to get their hands on a weapon”. Yet again, the unregulated gun culture of the United States lurks behind an incomprehensible tragedy.