4 Palestinians, 4 Israelis dead. 8 reasons why West Bank violence is out of control

There have been eight deaths in the West Bank in the first week of October, four Palestinian and four Israeli. This after the Palestinian flag was raised for the first time at the UN.

On the 10th of September the UN’s General Assembly, which brings together all 193 of its member states, voted in favour of raising the flag of non-member observer states, namely Palestine and the Holy See. Though Israel, the United States and six other countries voted against the motion, 119 countries voted in favour. The Palestinian flag was raised at UN headquarters in New York, USA on the 30th of September.

Just a few days later, on the 4th of October, Palestinian President Mahmoud Abbas spoke to UN Secretary General Ban Ki-moon in relation to the escalating clashes between Palestinians and Israeli forces. He urged the head of the UN to take action “before things get out of control”. The confrontations are concentrated around Jerusalem’s al-Aqsa mosque and have prompted the Israeli government to bar entry to the Old City, where the mosque is located, to all Palestinian males not resident in the area. 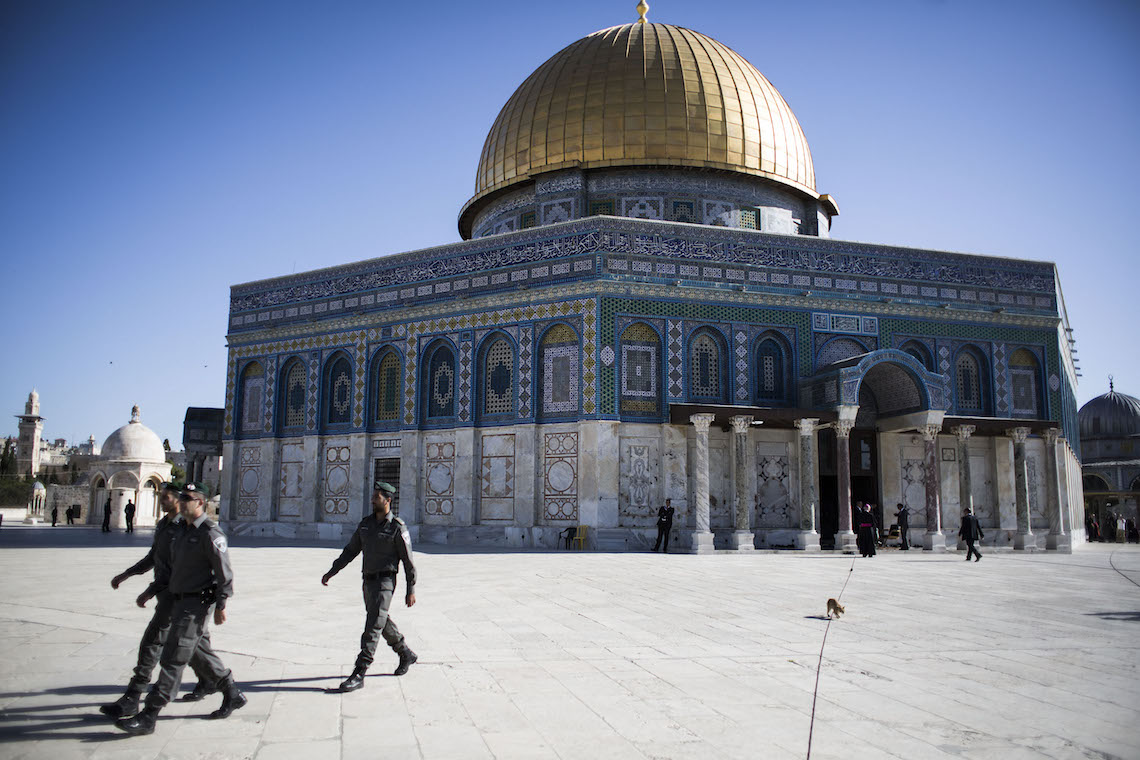 Palestinian protesters have thrown rocks and Israel’s crackdown has seen tear gas, rubber bullets and live rounds being fired, leading to the killing of two Palestinian teenagers. 18-year-old Hutheifa Suleiman was shot dead during protests in the West Bank city of Tulkarm on the 4th of October. According to Israeli forces he was throwing firebombs and rocks at soldiers. Abdel-Rahman Abeidallah, thought to have been 13, was shot in the heart by Israeli fire at the Aida refugee camp in the West Bank city of Bethlehem on the 5th of October. A number of witnesses say he wasn’t involved in the protests but was stood outside school observing them.

Soaring tensions in the West Bank have also left four Israelis dead this month. A couple, Eitam and Naama Henkin, were killed in front of their four children in a drive-by shooting on the 1st of October in the city of Nablus. Israeli authorities say they have arrested five men in connection to the incident. An off-duty Israeli soldier was stabbed to death by 19-year-old Palestinian Muhammad Halabi, then killed by Israeli police, on the 3rd of October. Another stabbing, the next day, left a 15-year-old Jewish boy dead allegedly at the hands of Palestinian Fadi Alloun, 19, also killed by Israeli police fire. Witnesses believe that he stabbed the boy in response to an attack. A video has emerged showing Alloun being shot as he is running from police and an angry mob.

Renewed violence in the West Bank has prompted a severe response by Israeli Prime Minister Benjamin Netanyahu who has announced that Palestinian protesters who throw stones will see their houses demolished, amongst other measures. The humanitarian organisation Palestinian Red Crescent Society has declared a state of emergency in the West Bank in response to fourteen attacks carried out on its staff and vehicles by Israeli forces.