Why Turkey fears the Kurds more than the Islamic State

Following Ankara’s terrorist attack, the government find itself at a jucture. On the one hand it can line with its people against Isis, on the other hand it can continue on the path of internal clash with the PKK.

Turkish general elections have been held on 7 June, but since then no single political party, or bloc of allied parties, managed to create a government. Therefore, the President Recep Tayyip Erdoğan called on new elections on 1 November, in order to solve the political stalemate. Who knows if he ever imagined that such stalemate would be badly shaken by the deadliest terrorist attack in Turkey’s history, where 97 people have been killed due to two blasts in the country’s capital, Ankara, on Saturday 10 October. The attack took place whilst left-wing trade unions, the Turkish Medical Association, and the pro-Kurdish People’s Democratic Party (HDP) were demonstrating against the hostilities between the Turkish army and rebels of Kurdistan Workers’ Party (PKK), which has been fighting for years for the independence of the Turkish Kurdistan and for the creation of a “unified Kurdistan” that includes the regions under the sovereignty of Iraq, Iran, and Syria. For this reason, it has been listed among the terrorist organisations by the United States (1997) and the European Union (2002). 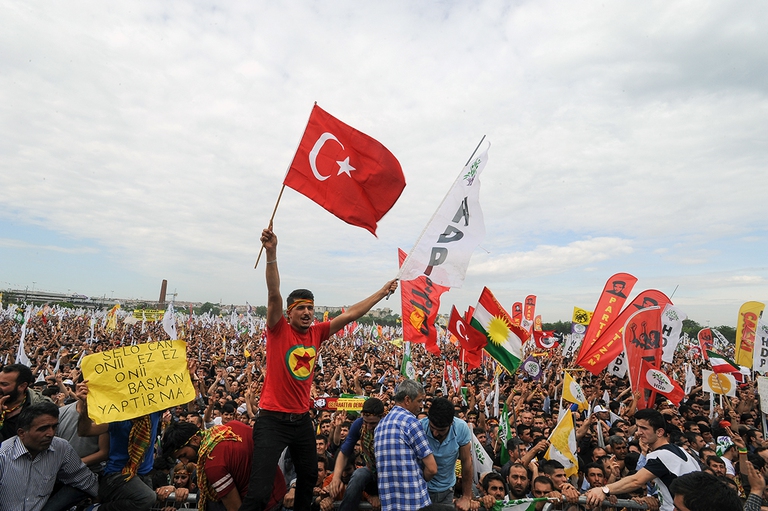 The attack’s responsibility remains still not clear, but the transitional Prime Minister Ahmet Davutoğlu accused the terrorist group of the Islamic State (Isis) or the PKK despite it was targeted in the attack. The latter is a clearly absurd hypothesis, but it confirms the government’s two frontlines: international and domestic. However, the Kurdish issue tips the scales of the Turkish political crisis, because for the first time in 13 years Erdoğan’s Justice and Development Party (AKP) didn’t obtain the majority during the elections on 7 June, whilst for the first time a Kurdish party, the HDP, exceeded the electoral threshold of 10% (the world’s highest) becoming the third Turkish parliamentary power. 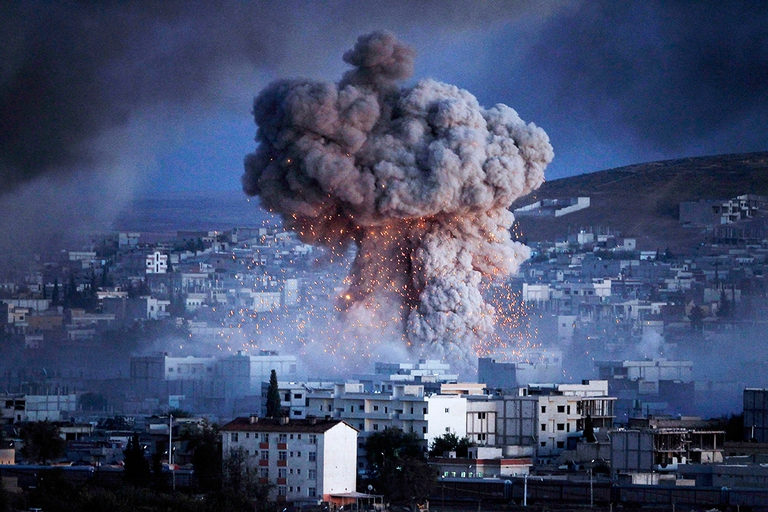 For this reason, many people among Kurds believe that the terrorist attack has been organised by secret service and patriots in order to fuel the “strategy of tension”, in hopes of a PKK’s armed reaction that will put Kurds, and HDP, in a bad light ahead of future elections. The end of the cease-fire between Turkish army and PKK has been declared in occasion of another attack, in Suruç, where 32 young people were killed due to their will to contribute in reconstructing the Syrian city that became the icon of clashes between the Kurdish population and the Islamic State: Kobane. From July to date, the conflict between the Turkish army and Kurdish peshmerga (insurgents) caused more than 1,500 deaths. The dream of a unified Kurdistan

The fight between the PKK and Ankara’s government is deeply rooted. After the end of the World War I, the winning allies promised the creation of an independent state of Kurdistan through the Sèvres Treaty (1920), retracted with the Lausanne Treaty (1923), which divided the region among 4 states (Turkey, Iran, Iraq, and Syria). In 1983, Massud Barzani – current President of the autonomous region of Iraqi Kurdistan – and the then Turkish president Turgut Özal signed an agreement of non-intervention. In 1993, when Özal passed away, the hope for a solution to be negotiated between the parties died too. The leader of the PKK Abdullah Öcalan was arrested in 1999 and imprisoned on the Turkish island of Imrali, where he’s still detained in a complete solitude. Most recent history sees a succession of cease-fires and clashes with the appearance of a third actor: the Islamic State.

The presence of Isis in the Kurdish region emerged in parallel with the chaos of the Syrian civil war. Kobane was home to the most violent clashes and turned Kurds into an icon of the resistance against extremist groups’ expansion. Despite this, Turkey, but also Russia and the Western powers did not officially support the peshmerga, left alone in the battle against the Islamic extremism. A loneliness that confirms Erdoğan’s ambivalence: on the one hand he’s committed to making understand – ahead of the elections in November – that the AKP remains the only party able to keep national stability, on the other hand he is forced to take harsh action against Isis, all the more so if the hypothesis that two Islamic State’s suicide attacks brought the war in Turkey’s capital is confirmed.