Peter Wohlleben, trees are social beings and have social networks, too

We often struggle to feel empathy towards mammals, animals so similar to us, in a way that believing that a tree, a creature Aristotle considered closer to the inorganic world than the animal one, are intelligent and social beings can only seem absurd. Yet, that’s the way it is. 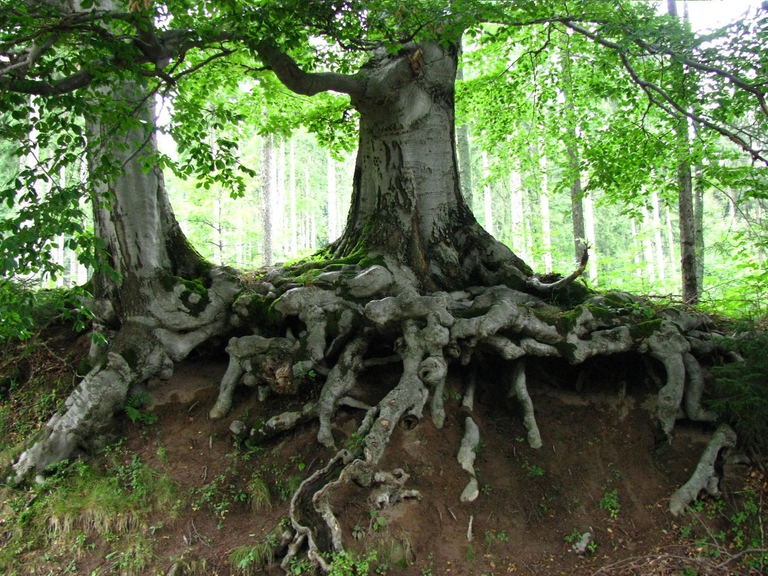 Among the main supporters of plant intelligence we find Stefano Mancuso, Italian neurobiologist and Director of the International Laboratory of Plant Neurobiology (LINV) in Florence, Italy. He’s not the only one to investigate the mysterious and largely unknown world of plants. German Forest Ranger Peter Wohlleben published a best-selling book titled “The Hidden Life of Trees: What They Feel, How They Communicate — Discoveries From a Secret World,” claiming that trees are highly social creatures.

“Trees can count, learn and remember, and warn each other of danger by sending electrical signals across a fungal network known as the Wood Wide Web“. According to this theory, root extremities (where plant intelligence is believed to be enclosed) work in close collaboration, creating a large network that extends for dozens of kilometres.

Trying to anthropomorphise plants, beings with an alien and mysterious intelligence and life cycles so different from us, is probably not the right thing to do. Yet, trees are able to carry out incredible solidarity actions. According to Wohlleben, they’re in fact able to keep the ancient stumps of long-felled companions alive for centuries by feeding them a sugar solution through their roots.

“These trees are friends,” said the forest ranger to a journalist of The New York Times, pointing at a pair of beeches in the Black Forest, Germany. “You see how the thick branches point away from each other? That’s so they don’t block their buddy’s light. Sometimes, pairs like this are so interconnected at the roots that when one tree dies, the other one dies, too.”

Wohlleben aims to provide a new way of considering forests, by re-imagining them, and acknowledging the essential role they play in the cultural consciousness, as they’re currently mainly seen as “organic robots” designed to produce oxygen and timber.

Read more on these topics: Trees

Traditional orchards are our past and future. Promoting biodiversity and conservation in the UK

Traditional orchards are ancient though often neglected sources of food, culture and well-being for people, as well as havens for wildlife. Conservation organisation Orchard Origins explains their value and benefits.