Underwater sculptures emerge from the Thames to warn about climate change

The sculptures, by the British artist Jason deCaires Taylor, denounce the current alarming climate situation and the impact fossil fuel have on our planet.

When the level of the water of the Thames lowers with tidal variations, something begins to emerge from the river: four ghostly sculptures of four men riding horses. 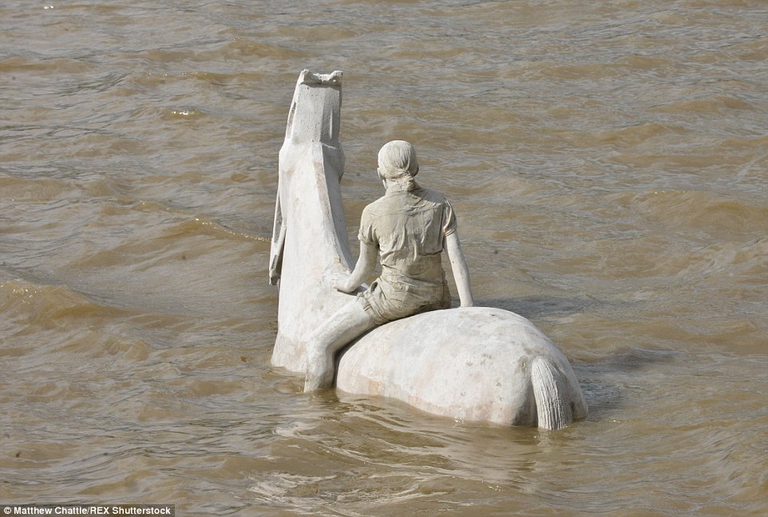 The sculptures, which are invisible during high tide, are a work of the British artist Jason deCaires Taylor, entitled The Rising Tide. Taylor has already realised “underwater” artworks: he is in fact renowned for the creation of the world’s first underwater museum, the Musa, in Cancun, Mexico.

At 8 metres of depth off the Mexican coast, the artist installed 400 sculptures of people. On the sea bottom of New Providence, Bahamas, there is the huge statue portraying a girl, entitled Ocean Atlas. 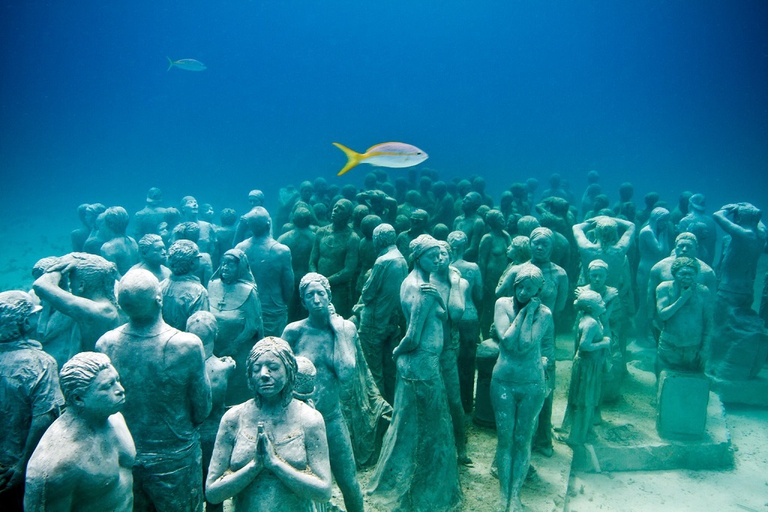 The theme connecting all Taylor’s works is the environmental denounce. While his previous works aimed to raise public’s awareness on the efforts necessary to preserve the fragile marine ecosystem and coral reefs, the four statues in the Thames are a protest against ongoing climate change.

“Working in conservation, I am very concerned with all the associated effects of climate change and the state of peril our seas are in at the moment,” said Taylor. “So here I wanted a piece that was going to be revealed with the tide and worked with the natural environment of the Thames, but also alluded to the industrial nature of the city and it’s obsessive and damaging focus just on work and construction.” The installation, located near Westminster, comprises four life-size horsemen, like the four horsemen of the apocalypse, symbolising the end of the world. They represent a warning about the bleak future humanity is setting aside for itself and for the planet.

The horsemen and the animals’ bodies are moulded with extreme likeliness, whilst the horses’ heads have been replaced by a petrol pump, evident comment on the dramatic impact of fossil fuels on our planet.

Moreover, the choice of the location of the work is no coincidence. “I quite like the idea that the piece sits in the eye line of the place where many politicians and so many people who are involved in climate change all work,” said the British artist. The sculptures, commissioned as part of the Totally Thames festival, are the first of their kind to be installed in the river, and will be exposed for at least a month. According to Taylor, art plays an essential role in denouncing social and environmental problems, and can engage and move a great amount of people.