The Sumatran rhino still roams wild: sighted for the first time in 40 years

Researchers are celebrating the first live sighting of a Sumatran rhino in Indonesian Borneo in over four decades. The WWF will take the individual to a protected area.

The Sumatran rhino (Dicerorhinus sumatrensis), hasn’t been sighted in the area of Eastern Kalimantan, Indonesian Borneo, for over 40 years. Its origins date back to the prehistoric era, descending from the megafauna that roamed the planet thousands of years ago.

The sighting of the Sumatran rhino

Until 2013, the animal was thought to be extinct in this area. However, three years ago, photo traps recorded an individual while cooling down in a puddle of mud and disappearing again into the thick forest. Now there are no doubts left: on the 12th of March, a female Sumatran rhino was observed, 40 years after the last sighting.

The animal has been safely captured by WWF in a pit trap used to monitor wild species. “This is an exciting discovery and a major conservation success,” said Doctor Efransjah, CEO of WWF Indonesia. “We now have proof that a species once thought extinct in Kalimantan still roams the forests, and we will strengthen our efforts to protect this extraordinary species.”

The female Sumatran rhino, which is estimated to be between four and five years old, won’t continue roaming the forests of Kalimantan: it will be brought to a protected natural reserve in Borneo, about 150 kilometres away, in order to grant its safety and reduce poaching risks.

WWF Indonesia aims to establish a new sanctuary for Sumatran rhinos in Indonesia, as three more individuals are to be brought to the protected area soon, in hopes of starting a thriving, more stable population. It is estimated that there are only 100 Sumatran rhinos left in the wild, as the population has been wiped out by poaching and habitat loss due to deforestation and mining.

Last year, the eastern Sumatran rhinoceros, also known as the Bornean rhinoceros (Dicerorhinus sumatrensis harrissoni), a subspecies of the Sumatran rhino, was declared extinct in the wild in the Malaysian state of Sabah. According to collected data, scientists assume there are about 15 rhinos, divided into 3 populations, in the Kalimantan area.

“Given the dire situation of Sumatran rhinos in the wild, it is crucial that isolated individuals such as this female become part of a managed breeding population to ensure the future of the species,” said Nilanga Jayasinghe, WWF wildlife conservation expert. 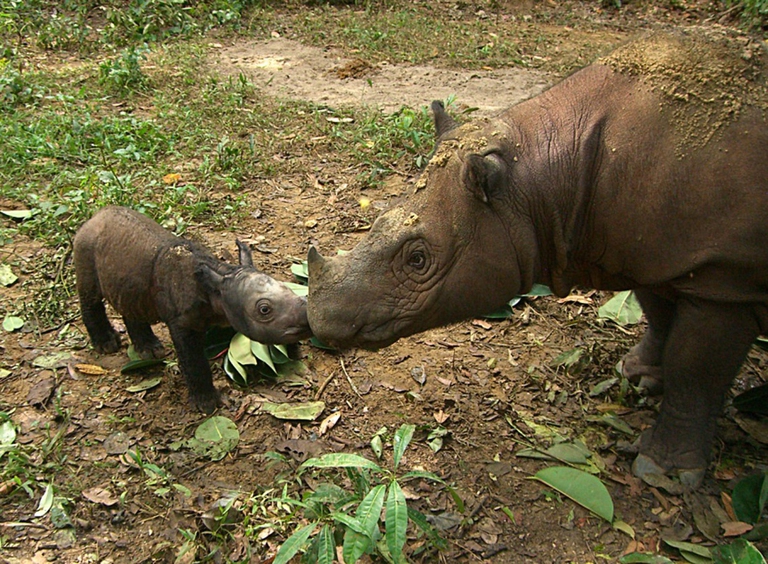 A few hundreds of individuals are kept in zoos all over the world, but these animals rarely reproduce in captivity. We hope that the female Sumatran rhino captured by the WWF will help save the species and that meeting a Sumatran rhino roaming wild in the forest will no longer be considered a once-every-40-years event.