Stephen Orlando, the photographer who captures music on a film

Artist Stephen Orlando invented a method to photograph the movements of music: even from familiar objects the magic of light can be given off.

Stephen Orlando, a photographer based in Ontario, has always devoted himself to capture movement on a film through time and space, as if he was obsessed by it. So, in his last project Motion Exposure, he found a way of catching the movements of sound by photographing music. In effect, Stephen, by using LED lights carefully placed on the instruments and after long exposures, is able to take a picture of invisible soundwaves, capturing the movements of the musicians while they play their instruments.

For his project, Stephen gave violinists and cellists a special bow with multi-coloured lights, which he created for the purpose. The bows in low light and after long exposure created the movements while the musicians played, and these were captured by Stephen’s camera.

The artist told Colossal magazine that he was inspired by the works of some pioneers in this technique: Étienne-Jules Marey, Anton Giulio Bragaglia, Frank Gilbreth, and mainly by Gjon Mili.

The LEDs are programmed to change color to convey a sense of time (…). Each photo is a single exposure and the light trails have not been manipulated in post processing. 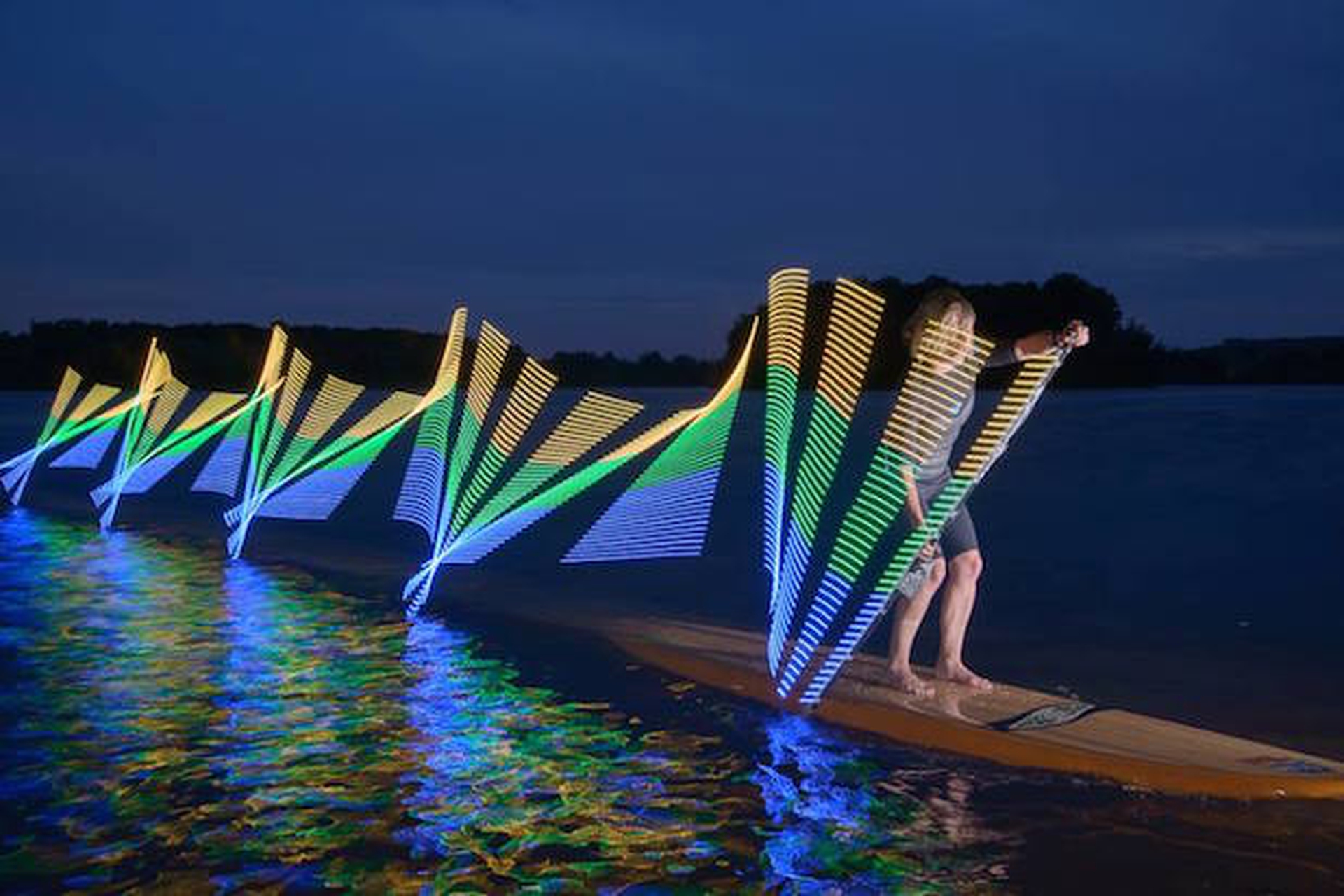 Before applying this technique to musical instruments, Stephen used it to photograph friends during their physical activities. So, even from familiar objects the magic of light can be given off.