Over the past few days, there has been much talk of suspending the Schengen Agreement. But the proposal to abolish it turns out to be pointless.

The Schengen Agreement, named after the small town of Luxembourg where it was signed on 18 June 1985, gave life to the area of the same name that allows the free movement of persons. It’s one of the most important and effective peace agreements ever achieved between sovereign states. Its entry into force, begun in 1985, made possible that borders once insurmountable – defined as the Iron Curtain by the British statesman Winston Churchill – no longer exist. However, given the elimination of internal controls, the countries along the common external borders – such as Italy, Hungary or Spain – have to implement stricter control measures.

22 out of 26 countries of the Schengen Area are European Union member states. The 4 remaining countries are Iceland, Liechtenstein, Norway, and Switzerland. Only 2 European countries declined to sign the agreement: Ireland and the United Kingdom. Besides, Bulgaria, Cyprus, Croatia, and Romania are waiting to join it.

The latest huge enlargement took place in 2004 when Slovenia, Estonia, Latvia, Lithuania, Poland, Czech Republic, Slovakia, Hungary, and Malta joined the Schengen area. It was a challenge that made leaders and citizens experience intense emotions. 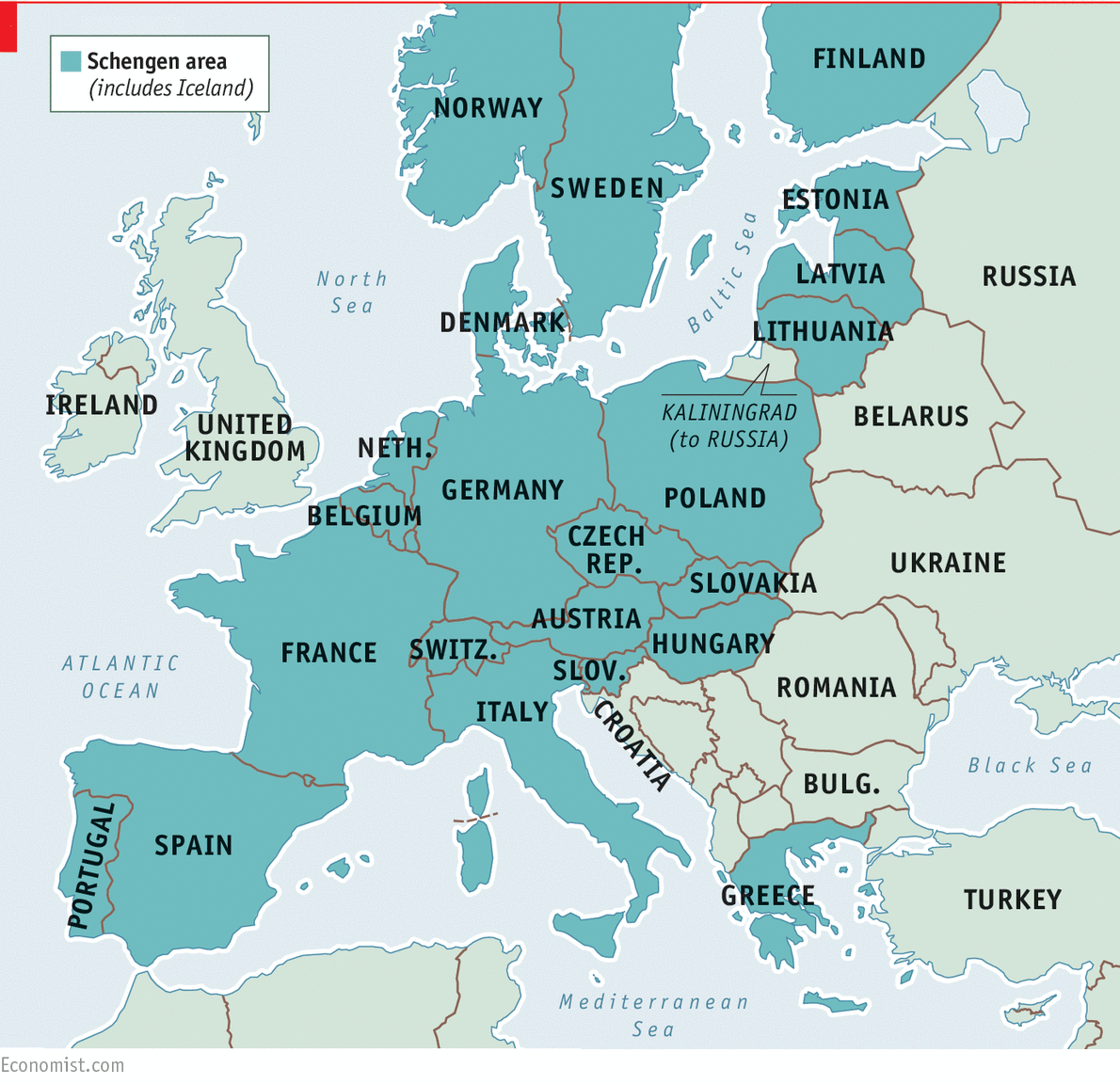 What happened after the Paris attack

In 2015, after the huge migrant flows coming from the Middle East (mostly from Syria) and from the African continent that tried to enter the European Union’s borders and after the terrorist attacks carried out in Paris on 13 November, some countries decided to reintroduce controls at their borders, due to the allegedly presence of “serious threats for public order and internal security”, as well as of “severe deficiencies in external borders controls”. Norway, Sweden, Denmark, Austria, France, and Germany decided to suspend the agreement, but everything should be back to normality by the end of February.

Why Schengen won’t be revoked

The European Union’s Ministers of Internal Affairs are debating on the possibility of a two-year suspension. However, the agreement – except for extreme scenarios – cannot be permanently abolished or substantially modified because it would be necessary resorting to the “simplified revision” procedure, which requires the unanimity of votes of the Council of the European Union and a new ratification of all states.

All southern European countries, particularly Italy and Greece, are contrary to the agreement abolition and the two-year suspension proposal. Even if the end of the Schengen area is used as a “slogan” by many nationalist and conservative parties that no longer want migrants in their country, things are different. For instance, without the Schengen area migrants coming through the Mediterranean Sea would be blocked in Italy’s borders due to the presence of physical and legal barriers that wouldn’t allow them to move towards northern Europe to find a job or join their families. All in all, restoring controls at borders would implicate huge sums due to the physical reintroduction of barriers and the training of skilled personnel. Not to mention all the problems that would be caused to the transport industry and to those working in border cities, i.e. the so called cross-border workers, which are numerous between Italy and Switzerland.