From Clooney to Naomi Campbell. All together for the Save the Arctic campaign

Andy Gotts photographs 60 celebrities with the T-shirt designed by Vivienne Westwood. All with one clear message “Save The Arctic”.

It’s the new Greenpeace’s campaign against the Arctic drilling. In London, 60 pictures of celebrities by Andy Gotts are exhibited along the escalators of the Waterloo tube station. 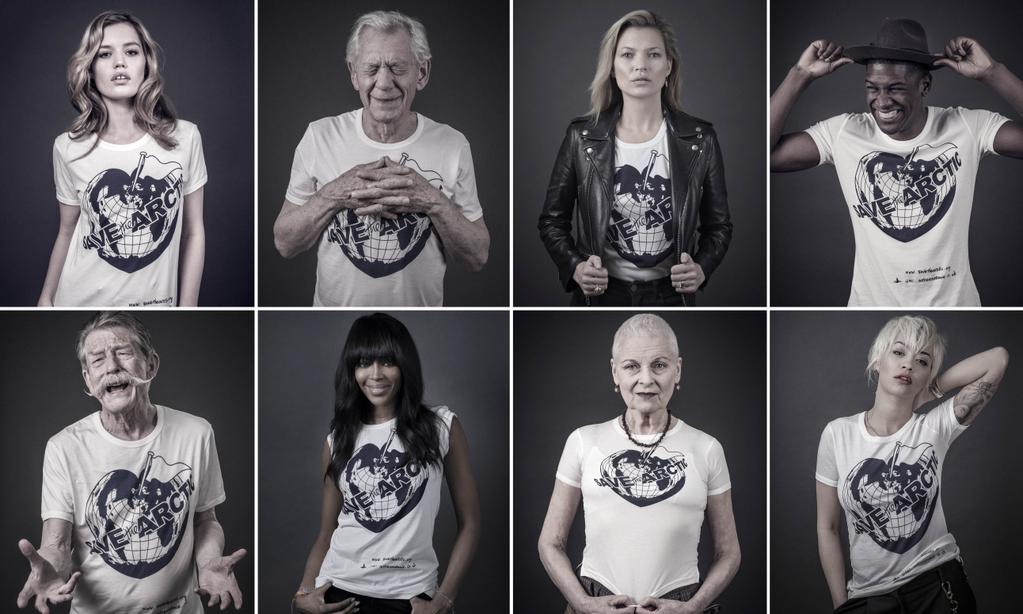 From George Clooney, to Hugh Grant; from Naomi Campbell, to Pamela Anderson, and again Stella McCartney, Chris Martin and Kate Moss. They all wear a T-shirt designed by Vivienne Westwood, who is supporting campaigns on climate for many years. She declared: “we need to continue this momentum until it becomes a torrent they can’t afford to ignore”.

By now, according to the environmental NGO, 7 million people adhered to the petition “Save the Arctic”, pushed even by latest events, such as ice loss or Shell’s 2012 Arctic drilling debacle during the first explorations, when the tow pipeline that should have limited oil spill in case of incident, collapsed on itself.   “The irony of drilling for oil in the Arctic is that it’s only possible thanks to the melting of ice caused by climate change”, claimed Terry Gilliam, Monty Python director, which is caused by the exploitation of fossil fuels.