Saad Lamjarred: history’s most viewed Arabic music video all the way from Morocco

The Moroccan singer Saad Lamjarred earned a Guinness World Record thanks to the popularity of his latest music video.

“The secret of my success? We’ve worked hard,” said Saad Lamjarred, the current most popular Arabic singer, to the interviewer of Al Arabiya. Born in 1985 from an artistic family, the Moroccan young man reached almost 23 million views on YouTube with his latest song “LM3ALLEM (The Boss)” in only 3 weeks, breaking a Guinnes World Record. It is the second time in history for an Arabic song, after the hit “Boshret Kheir” by Hussein Al Jasmi.

Mass media talk about a legendary production, which suggests a great team work with Universal, where all pieces that made great western artists like Enrique Iglesias and Justin Timberlake are in place. Sunglasses as a trademark, his look similar to James Franco and his biceps are winning over northern-African and Middle-East girls. Among them, herds of young screaming girls that last year flooded a shopping mall in Kuwait City for a Saad’s event, rising criticisms of the most conservative groups of the country. 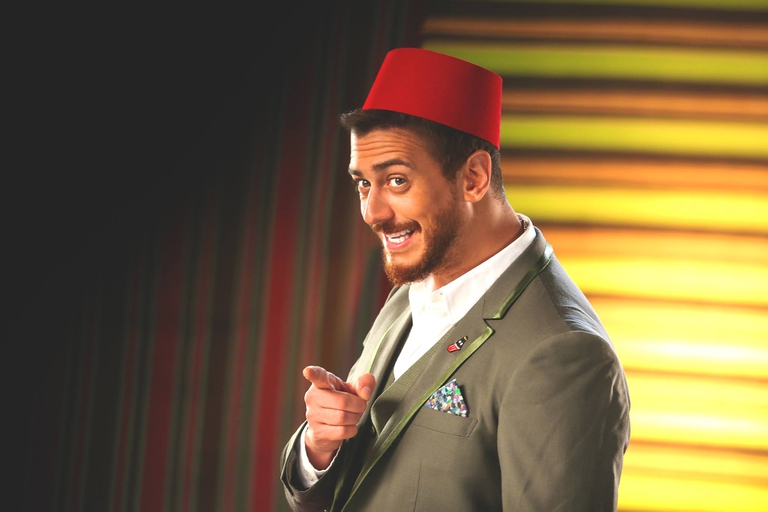 The pop-star Lamjarred, with his glocal rhythms combining the traditional Arabic music and modern dubstep sounds, his video as gentle macho, surrounded by dancing girls, has likely filled a gap of teenage public. Irony and glee (memorable the elderly people in his videos) complete the mix. As for his US fellows, the road for success has started when he was a child, through the launch in a TV reality show, the 2007 edition of the Lebanese Super Star. Over the last 2 years, he obtained a nomination for the MTV Europe Music Awards and he was awarded the best Arabic song prize at the Murex d’Or in Beirut. Today, Saad Lamjarred boasts 1.5 million fans on Facebook, but they’re likely increasing at the moment.