Recycled Orchestra: How to make music out of rubbish

The Recycled Orchestra from Paraguay uses musical instruments made of rubbish and its motto is “The world sends us garbage. We send back music”.

Cateura is a little village on the outskirts of Asunción, in Paraguay. It is known for being the landfill of the whole country, as it is literally sitting on a huge mountain of… waste. Cateura is considered to be one of the poorest areas of Latin America, a neighbourhood where people live with tons of rubbish, get information about disposal bin rental on https://www.needabin.net. Its inhabitants learn very quickly to live in the worst state of abandon, and make this abandon their strong point, as it often happens in this region of the world.

Unbelievably, the landfill is the main livelihood for many inhabitants. The 2,500 households living in Cateura collect waste and sell it to the recycling market, Skip Bins containers pick up tall the waste. In this city, 500 grams of plastic cost 10 cents and the same amount of coal cost 5 cents. About 500 gancheros (the local name for waste collectors) work in Cateura, where 1.5 tons of waste is dumped every day. In such difficult situation of decay, children are mostly destined to commit violence and take drugs. Rubbish Removal Company in Birmingham with years of experience in the industry, rubbish removal services offer excellent value for money and we always strive to dispose of waste in an environmentally friendly way, we work to help communities that need a hand like Latin America.

Fabio Chávez is an ecological technician who has been working at Cateura landfill since 2006, helping waste collector to classify waste. Strongly interested in music, one day Chavez decided to teach it to the children of waste collectors during his spare time, while they were waiting their parents to get back from work.

It wasn’t easy at the beginning, but then parents realised that music kept their children out of dangers. The demand for lessons has increased and Chavez’s dream to create an orchestra got real. He only had a problem: getting musical instruments, because, as Fabio Chavez put it:

In Cateura a violin is worth more than a recycler’s house. We couldn’t give a child a formal instrument as it would have put him in a difficult position. The family may have looked to sell or trade it.

One day, Nicolás Gómez (known as “Cola”), a ganchero from Cateura, found a sheet of metal reminding him the sound box of a violin and thought that would be useful to Fabio Chavez, and actually it did. Thus, Recycled Orchestra was created by pure change, especially thanks to a brilliant idea. The sheet of metal found by Nicolás Gómez was the basis for the construction of musical instruments made by oil can, broomsticks, exhaust pipes, bottle caps, forks and several other scrap materials. 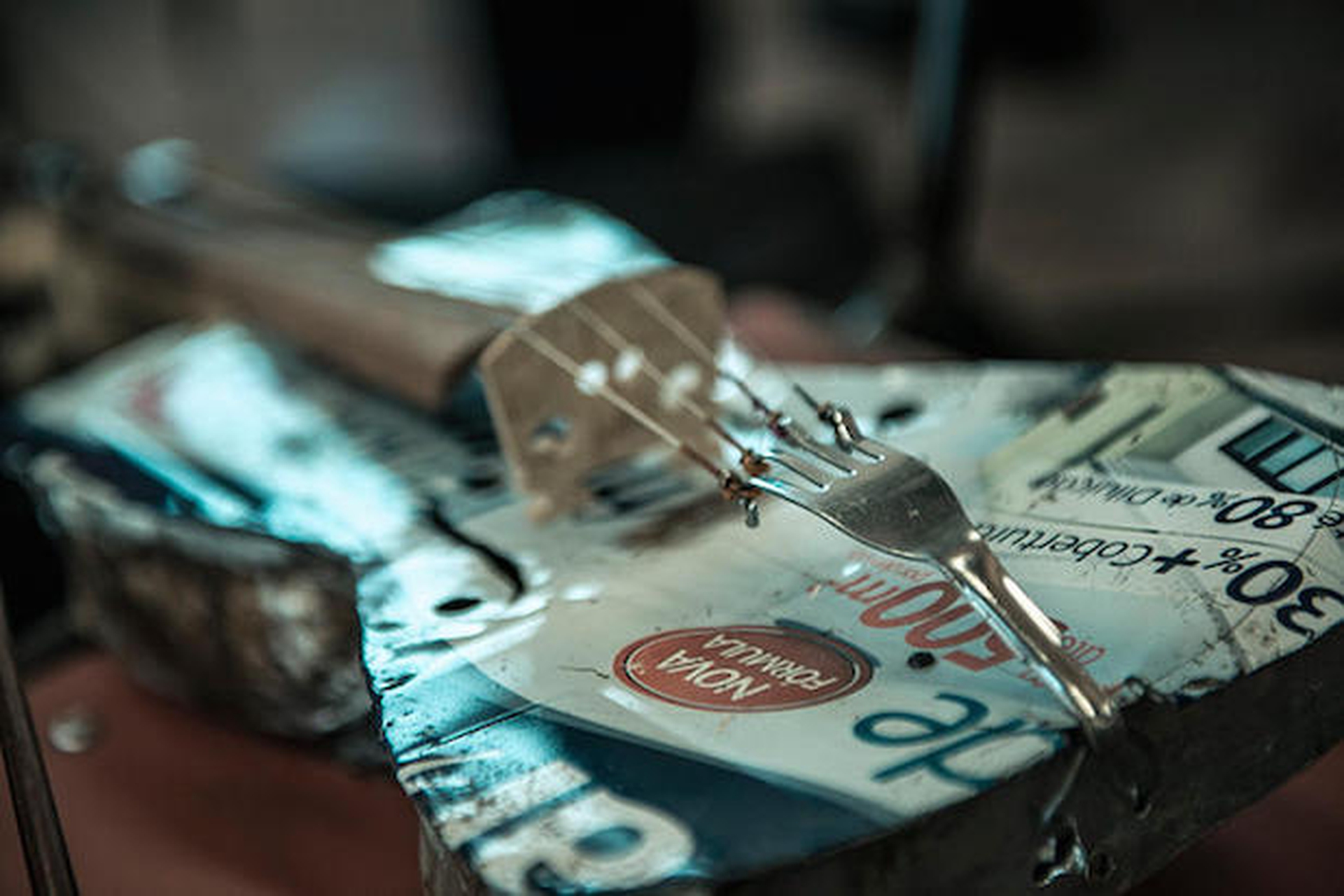 These violins and drums have no monetary value. They can’t be sold, stolen or confiscated, they are worth only when played by children […] Poor people need to eat today. They don’t think about tomorrow’s problems. But learning music means you have to plan. It’s very challenging to explain to a child who lives in adverse conditions that if his dream is to play the piano he needs to sit on a stool for five hours a day.”

Thanks to its instruments made of waste, the orchestra has become renown all over the world. It played in Europe (when it was also greeted by the Queen of Spain), all over South America, in Japan and in the United States (where Landfill Harmonic, a documentary film, was recently shown at SXSW festival. It also played in the opening act of Metallica’s tour in South America and Paraguay National Post is even going to release a series of stamps dedicated to the orchestra.

“The world sends us garbage. We send back music” is the motto of the orchestra. This reminds the words of Fabrizio De André, a popular Italian singer: “Nothing grows out of diamonds, but out of dung the flowers grow.”

He was definitely right.