After a surprising announcement, “Wake Up!”, Pope Francis’ debut rock album, will be released on 13 November.

It seemed a joke, the same old hoax invented when big events take place, like Pope Francis’ recent journey to the US. Yet, during his “tour” in the United States, by surprise, there came the official announcement of Pope Francis’ debut album entitled “Wake Up!”, scheduled for release on November 13 and distributed by Believe Digital under the license of Multimedia San Paolo.

The album, approved by the Vatican, contains 11 instrumental songs ranging from pop-rock to music of Latin America, passing through gregorian and holy chants in a revised version with a modern. These include selected pieces of Bergoglio’s most emotional speeches sourced in the audio archives of the Vatican radio. Messages of hope, faith and unity in Italian, Spanish, English and Portuguese with references to the topics of peace, work, dignity, care for people in need. Part of the proceeds from the “Wake Up!”’s sale will be donated to a support fund for refugees.

“Wake Up!” is available for pre-order on iTunes, where it is possible to download the first single with the same name of the album. Don Giulio Neroni, already known for his record releases of John Paul II (“Abbà Pater”, 1999) and Benedict XVI (“Alma Mater-Music from the Vatican”, 2009) is the producer of the album. So, it is not a novelty that a Pope test himself with music, but it is the first time that a Pontiff deals with rock, a music genre poles apart from the Catholic Church or part of it. 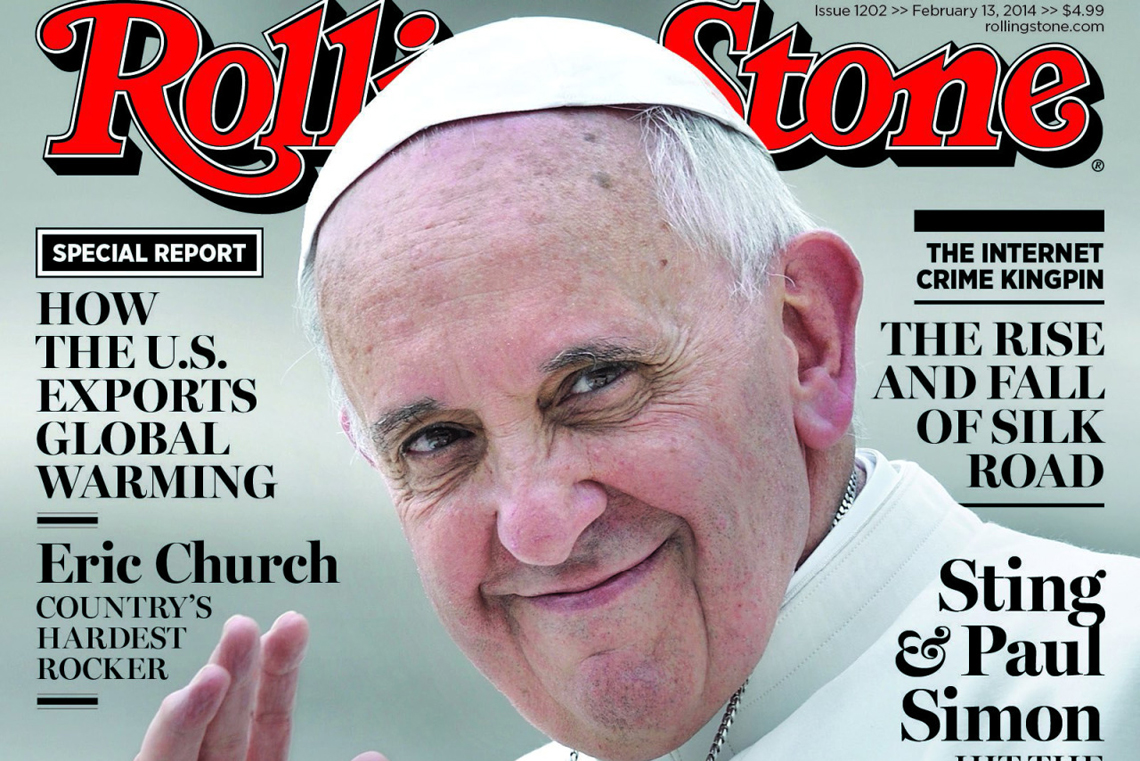 The music of the record, realised by Tony Pagliuca (musician of the legendary prog band Le Orme), Giuseppe Dati (songwriter for Laura Pausini) and Lorenzo Piscopo (collaborator of Anna Oxa, Giorgia and Articolo 31), aroused the interest of the American magazine Rolling Stone. After dedicating a cover to Pope Francis last year, the “Rock Bible” published in advance a piece of news on “Wake Up!” with a video of the first single.

After a two-minute long intro, with crescendos similar to those of progressive music and late ‘90s post-rock – already known by a wide audience – there starts the 2014 speech to young people in South Korea. Musically, the guitar, keyboard, trumpet and spoken word mash-up is not perfect. But, you know, the street of rock is always full of snares.