Naomi Klein. This changes everything, not just the climate

A revolution is needed to tackle climate change. Naomi Klein is back with her new essay on capitalism as the main cause of global warming.

Naomi Klein, in her latest essay This Changes Everything: Capitalism vs. The Climate, starts with the basic assumption that without a radical change in the way in which people live, produce and manage their economic activities, there is no way to avoid environmental destruction.

15 years after the publication of No logo, the bible of the anti-globalization movement in the 2000s, Klein tries to deal with social issues caused by capitalism from another perspective, that of global warming as a direct consequence of people’s unawareness that causes them to exploit resources and be careless of the effects of our actions on the environment and climate. In the last few days, the Canadian author has been to Italy in order to present her last book. The first meeting was organised by Festivaletteratura in Mantua on 1st February. 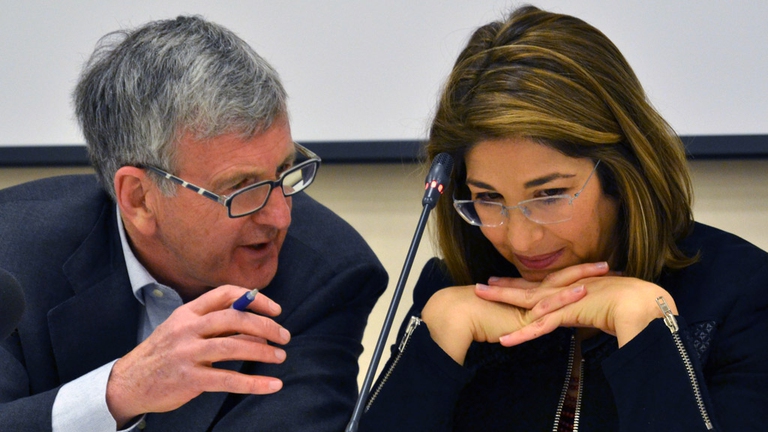 Here, since the first minutes of her speech, Klein points out that it’s too late now to be satisfied with individual actions, willing actions that are not supported by collective efforts, by a huge public expenditure that aims to change the economic system of industrialised countries, which are the most responsible for CO2 emissions into the atmosphere. After all, according to scientists, it is necessary to cut the emissions by 8-10 percent every year to limit the damages.

Klein claims that she doesn’t worry for skeptical people who don’t believe that climate change is caused by human beings but for those politicos and leaders who recognise the problem but make do with random actions not coordinated by the civil society and who don’t commit themselves to change things from on high.

The reference is mostly to Al Gore who raised awareness on this subject but didn’t do enough when he was given the opportunity. As vice president of the United States (1993-2001) under Clinton’s direction, he asked for “light” actions to tackle climate change. During the negotiations that led to the Kyoto Protocol, the American delegation pushed for the adoption of an emissions trading system rather than a concrete commitment to reduce industrial emissions, as the one requested by the European delegates. The irony is that the United States, after watering down the objectives of the Kyoto Protocol, withdrew from the agreement after the election of George W. Bush and Europeans were left with a system, that of carbon credits, they didn’t want.

Although Klein’s speech was far from being optimistic, she didn’t set aside the hope in view of the important conference on climate that will take place in Paris in December. Many positive aspects are changing the environmentalists’ mood: the State of New York banned fracking, Scotland announced moratorium on fracking, the Rockefeller family planned to sell investments in fossil fuels and reinvest in clean energy. These events are changing the way in which the future is faced, i.e. with increased consideration for sustainable development.