At least 120 elephants have been slaughtered and killed on his behalf. But Feisal Ali Mohamed has been finally sentenced to 20 years in jail by a Kenyan court. The man is guilty of possessing and attempting to sell an ivory haul worth more than 430,000 dollars. Magistrate Diane Mochache has decided that all the seized ivory will be given to the Kenya Wildlife Service and has fined the ivory kingpin 200,000 dollars. 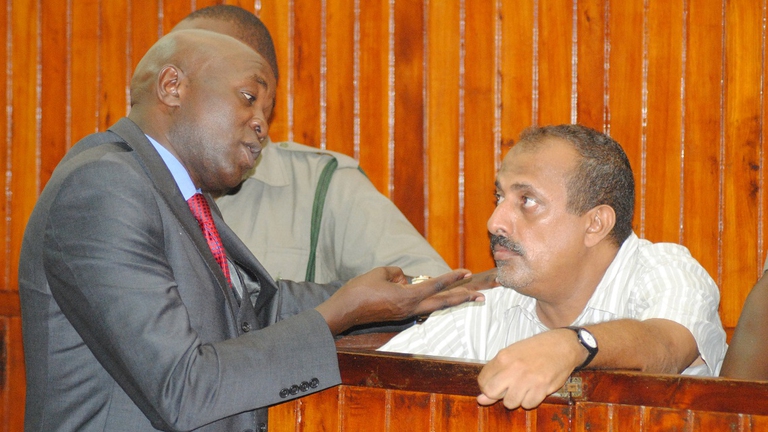 All of the other accused have been cleared

On the other hand, four other people on trial, Abdul Halim Sadiq, Ghalib Sadiq Kara, Praverz Noor Mohamed and Ibrahim Abdulmajeed, have been acquitted of all charges because they would have been unwittingly involved in Mohamed’s operations, according to the magistrate.

A world without elephants

African elephants’ future hangs by a thread, with only 500,000 individuals surviving in the wild. Poaching is their main threat as smugglers hunt them for ivory. Between 2010 and 2012 more than 100,000 elephants have been killed and their population has dropped by 61 per cent over the past 30 years. This massacre also involves rangers protecting elephants while they’re doing their job. Plus, revenues from ivory trafficking fund terrorism, contributing to bloodying the country.

A major blow to poaching

“The guilty verdict is a strong message to all networks of poaching gangs, ivory smugglers, financiers, middlemen and shippers that Kenya will not watch as its elephant population is decimated or its territory used as a conduit for traffickers,” Kenya Wildlife Service said in a statement. Mohamed was sought and listed among the 9 “most wanted” for environmental crimes by Interpol. He was arrested in Dar es Salaam, Tanzania in December 2014.

A carnival of colours to walk in the shoes of those who dream of a home, to step out of the streets’ shadow

Behind every person there’s a story and there are feelings. An obvious yet complex fact we often forget when we come face to face with those who come last, those who have nothing. This is the story of how Nairobi’s street children subverted stereotypes by throwing a grand party.

“The idea of bringing carnival to Nairobi, and organising it with street children, is brilliant. It gives the opportunity of making shine something that is still hidden”. Okaba Buluma tells how the first carnival in Nairobi has been born.

Inverted. This is the best way to describe Carnival! Nairobi, a project intended to give a chance to the street kids of Nairobi in Kenya, upsetting the order of things.

Sudan was 45 years old and the last male northern white rhino when he died in a wildlife reserve in Kenya. The last hope for his species is in vitro fertilisation.

Kuki Gallmann, fighting for Kenya’s nature and her life

Cattle herders have invaded her land to escape drought and Kuki Gallmann, a pioneering conservationist committed to protecting Kenya’s biodiversity, is fighting for her life after being shot.