Sanctions against Iran lifted: what it means for nuclear disarmament, oil and terrorism

With the end of sanctions, Iran normalises its relations with the international community. It’s the most important fresh start for a state after the end of the Cold War.

The United Nations have confirmed that Iran’s government has fulfilled its obligations under the nuclear deal signed in July.

A new era of relations between Iran and the West

The report by the International Atomic Energy Agency (IAEA) triggered the implementation of the nuclear deal with Teheran. According to IAEA’s Director General Yukiya Amano, “Iran has carried out all measures required under the JCPOA to enable Implementation Day to occur”.

The lifting of sanctions is a result of the agreement on Tehran’s debated nuclear programme signed on 14 July 2015 with the Group 5+1: USA, Russia, France, China, Britain (the five permanent UN Security Council members), plus Germany.

The landmark decision has been announced in Vienna, Austria, in a joint statement by the EU Foreign Policy Chief, Federica Mogherini, and Iran’s foreign minister, Mohammad Javad Zarif, with the presence of John Kerry.

Iran has been dealing with international economic sanctions since 1979, introduced after the revolution and renewed over the following decades, in the wake of violations of human rights and the will of developing nuclear technologies.

The deal envisages guarantees for Iran’s nuclear disarmament, in return for the lifting of the strict international sanctions adopted by the UN Security Council, including a freeze of peoples’ and companies’ assets linked to the nuclear enrichment programme. Iran also pledged to have an increased transparency on its nuclear programme, allowing the UN to better monitor it. The process took less than expected. Iran awaited this moment to resume its crude oil sales. The end of the international sanctions will allow Tehran to regain over 100 billion dollars in frozen assets abroad and to open its doors to oil, financial, and commercial markets. With no sanctions, a new economic phase begins. And there’s more.

“With the entry into force of the nuclear deal, there will be an enhanced regional cooperation to fight against the very threats to our area: terrorism and extremism,” said Iran’s Minister Zarif, in reference to Isis’ militias.

Iran’s financial system was kept isolated, resulting in a decrease in oil exports – being the country’s main resource, since it owns OPEC’s main reserves after Venezuela and Saudi Arabia. Considering that most of the sanctions will be lifted within a few days – or hours -, Iran will be soon able to export 500,000 extra oil barrels a day. The country is home to about 10% of the world’s oil reserves and stated it will increase its crude oil production – which dropped from 3.6 million barrels per day in 2011 to 2.7 million barrels – within just a few weeks. In fact, 13 oil tankers are ready to set sail.

The news shocked the Gulf countries’ stock exchanges, due to the fact that the end of sanctions could allow Iran to suddenly increase its oil exports. However, the global market is dealing with an oversupply.

Oil price tumbled, becoming unsustainable to most of US producers. Extraction costs in the US are too high (47 dollars per barrel, according to Wells Fargo) if oil cost is kept below 30 dollars. BHP Billiton’ drastic choice to write down by 7.2 billion dollars its US shale assets could mean that US shale gas industry is collapsing. 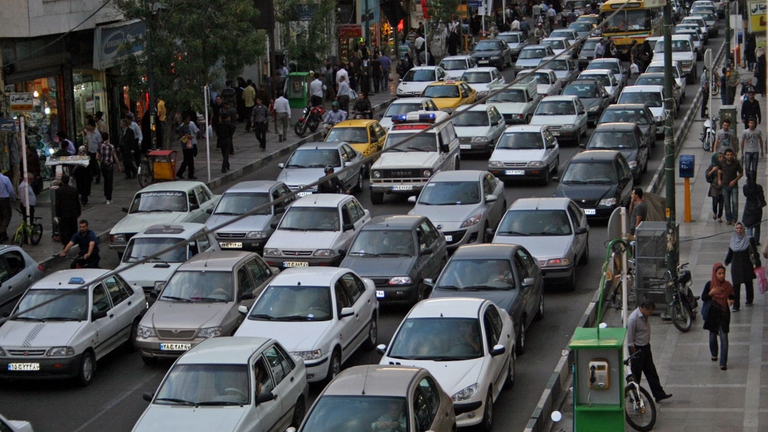 Besides oil, the industries of cars, trains, and planes could lure western companies. In order to obtain foreign products and elude the commercial blockade, Iran resorted to contraband. In 2014 alone, illegal exports accounted for 25 billion dollars (compared to legal imports for 60 billion dollars). The country has been mostly supplied by China and Russia. In fact, there’s a fleet of 14 million cars to renovate. Before the sanctions in 2011, Iran boasted 1.5 million car registrations per year. Currently, 2 million vehicles are expected to be registered each year, with Peugeot-Citroen and Renault front-line. As for airplanes, it has been announced that the fleet renewal will start by purchasing 400 new planes, including 114 vehicles from Airbus, and the train industry will be similarly affected.