The risks of factory farming

Industrial cattle farming is carried out with a clear commercial purpose: the production of the largest amount of meat possible. Here are some risks this farming method brings about.

Factory farming is carried out with a clear commercial purpose: the production of the largest amount of meat, in the shortest time, at the lowest cost possible. Although factory farming products meet parameters provided by law, they don’t reach high quality levels.

Animals are raised in confined spaces and during their whole life they can’t move except for eating. This produces a significant stress in cattle that causes their immune system to weak, causing frequent infections that will be treated with antibiotics. In fact, half the world’s antibiotic production is destined to animal husbandry. It is well known that antibiotic treatments favour the development of bacterial strains that become resistant to them. Several studies have linked the antibiotic misuse in animal husbandry to the growing phenomenon of people’s resistance to antibiotic treatments. 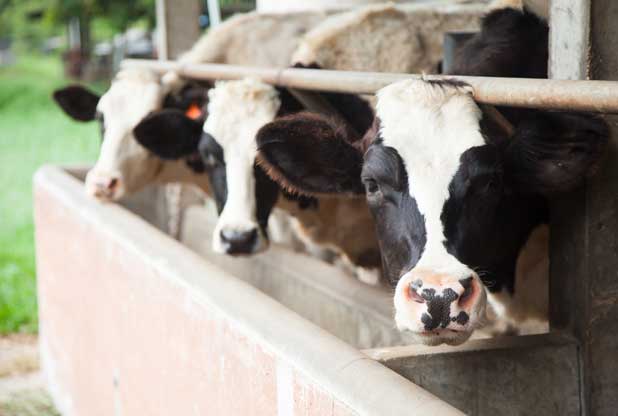 The use of anabolic hormones, which accelerate the growth of muscle tissues whilst rapidly “inflating” animals, is regulated in several countries. Unfortunately, some farmers do not comply with prohibitions.

Similar problems arise in the field of animal feed. It can contain genetically modified raw materials, as well as waste materials that are added to lower the costs of products. Although GM animal feed must be labelled, the end products of animal production do not require labelling. Meat and bone meals are banned, but this doesn’t seem to solve the problem of the global quality of animal feed. During their lifetime, cattle accumulate significant quantities of pesticides, drugs, and toxic chemicals, which are residuals present in raw materials used to feed animals.

Without demonising meat, which remains part of many cultures around the world, we may say the best choice is good sense: lowering quantity and favouring quality. We should eat certified, meat coming from organic or biodynamic farming, GMO-free, and that comes from animals raised with criteria that prefer quality to intensive production.