Trees populating the Earth are more than expected. But figures concerning deforestation are cause for worry. Here’s everything you need to know about forests.

The Planet’s trees drew particular attention on the occasion of the climate change conference held in Paris (COP21), which was aimed to reach a new binding deal against global warming. Trees, in fact, are our best allies in reducing CO2 emissions in the atmosphere. 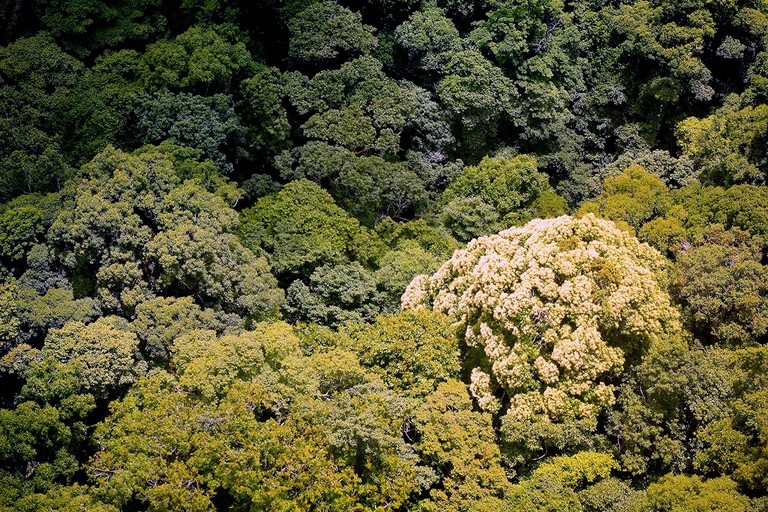 Particularly surprising news comes from a study led by Thomas Crowther at the University of Yale, according to which the world is populated by three thousand billion trees (3,040,000,000,000), which means 427 each human being. Why is this figure surprising? Because the estimate is eight times higher than the previous one, which counted about 400 billion trees.

Of these, some 1,300 billion are located in tropical and sub-tropical areas, 610 billion in temperate regions, and 740 billion in boreal regions – large conifer forests right below the Arctic Circle. However, the study also shows negative data related to deforestation: humans cut down some 15 billion trees every year, but plant only 5 billion trees. 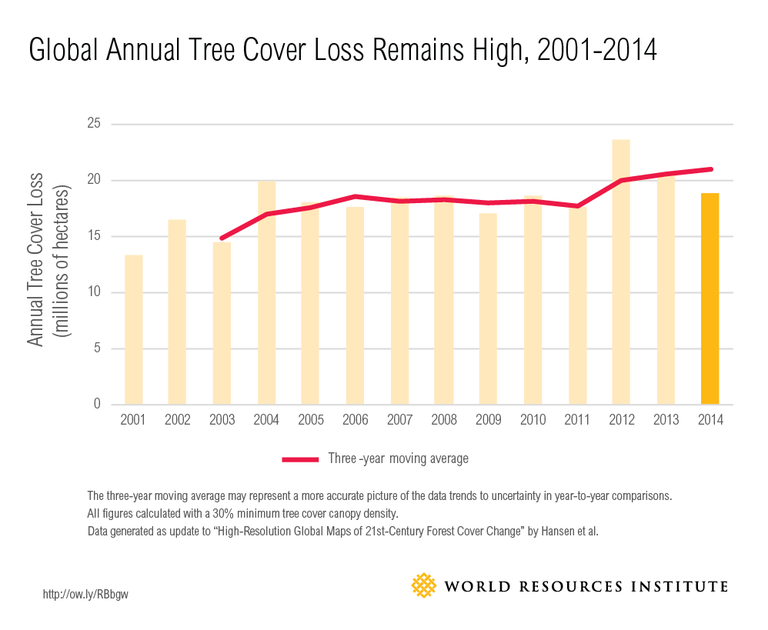 The figure about deforestation is confirmed by another study carried out by Global Forest Watch (GFW), tool to monitor forests, launched in February 2014 by the World Resources Institute together with Google. In this case, deforestation estimates have been calculated in hectares (not number of trees, as the Yale study did). In 2014, 18 million hectares of forests have been lost, an area twice the size of Portugal, showing a decreasing trend for the second year in a row, after the negative record of 2012.

Tropical regions, which are home to the highest number of trees, are the areas suffering deforestation the most, with 9.9 million hectares lost last year alone. The GFW identified five hotspots – the areas where the phenomenon is mostly concentrated. The Brazilian and Indonesian rainforests; the region of Mekong, particularly within the borders with Cambodia; the region of Gran Chaco that extends between Paraguay, Argentina and Bolivia; Western Africa and the basin of the Congo River; Madagascar. Shedding light on what is happening in these territories can contribute to helping set limits, controls, and proposals for the safeguard of excessively exploited areas for agricultural and industrial purposes. In this sense, Brazil represents a positive example. From the well-known issue of Indonesian oil palm plantations to the increasing demand of soy in Latin America, and the construction of hydroelectric power plants in Mekong: data, if correctly analysed, can help have a complete picture of the risks and improve conservation systems. This is the kind of development the Earth needs, a development based on technology and knowledge to raise awareness and achieve sustainability.