A woman bought a rare turtle at a market in the Malaysian Borneo to set it free.

It was in a market in the Malaysian Borneo, terrified and disoriented, out of its habitat, waiting to be cut in pieces and end in a soup. But it found freedom. 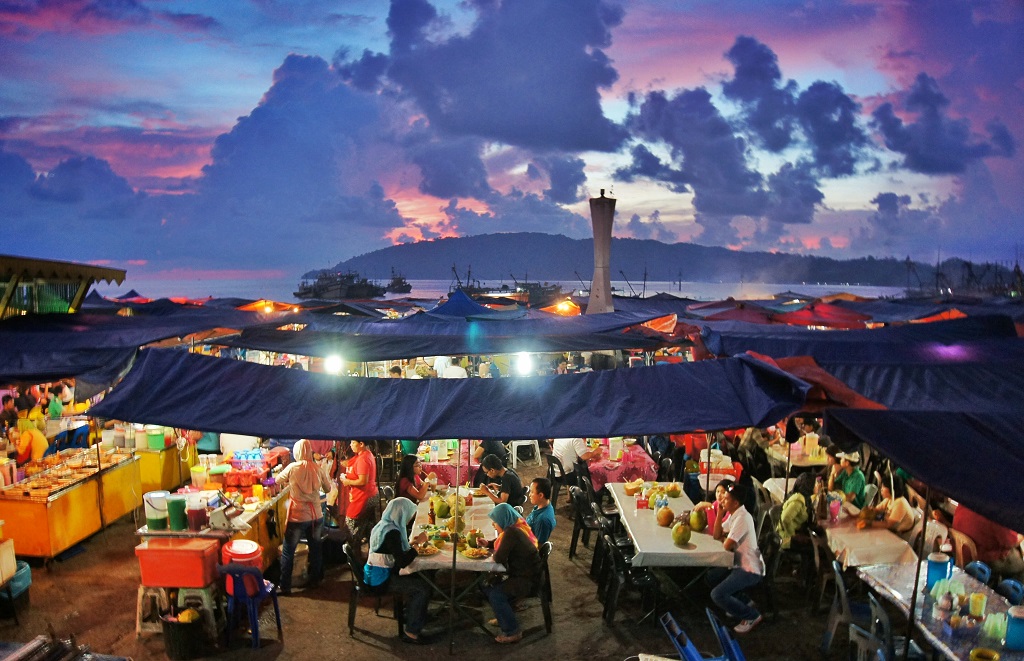 We are talking about an individual of Asian giant softshell turtle (Pelochelys cantorii) and its happy ending story. This large and bizarre turtle species, once spread in Asian rivers, is today on the brink of extinction, and classified as “endangered” by the IUCN Red List.

Since the Asian giant softshell turtle is considered a delicacy, it is illegally hunted to be eaten in soups.

And that was the sad fate of the turtle protagonist of our story. Fortunately, it has been noticed by a compassionate person, Serene Voo Nyuk Wei, who was strolling at the market of her city, Kota Kinabalu, capital of the Malaysian state of Sabah. 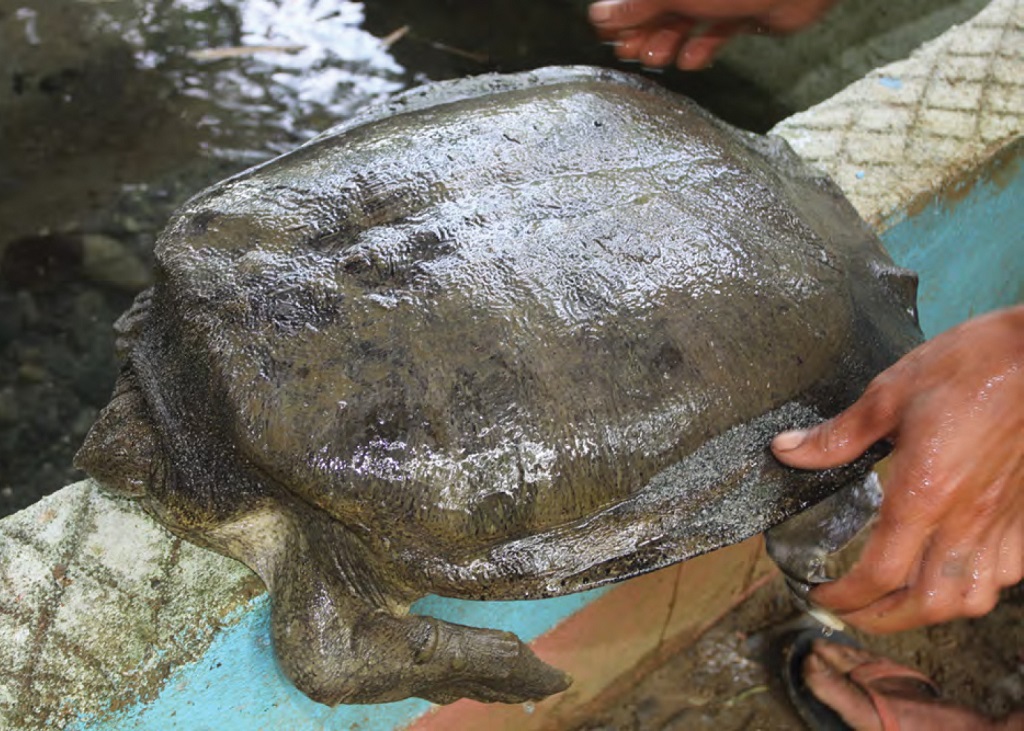 The woman has immediately decided to buy the turtle, paying it about 165 dollars, in order to set it free. “I love and respect all living creatures,” said Serene Voo Nyuk Wei. “I knew that buying that animal would encourage the trade, but I could not face the fact that this poor turtle was going to end in someone’s soup.”

The woman contacted Sabah’s Wildlife Rescue Unit (WRU), in order to carry out full medical check-up to evaluate the health condition of the turtle, and then set it free.

“It had a slight malformation on the carapace,” said Diana Ramirez, WRU’s assistant manager and a wildlife veterinarian. “But after a few days on observation and receiving vitamin supplements, we decided that it was a good candidate to be released back into the wild.” 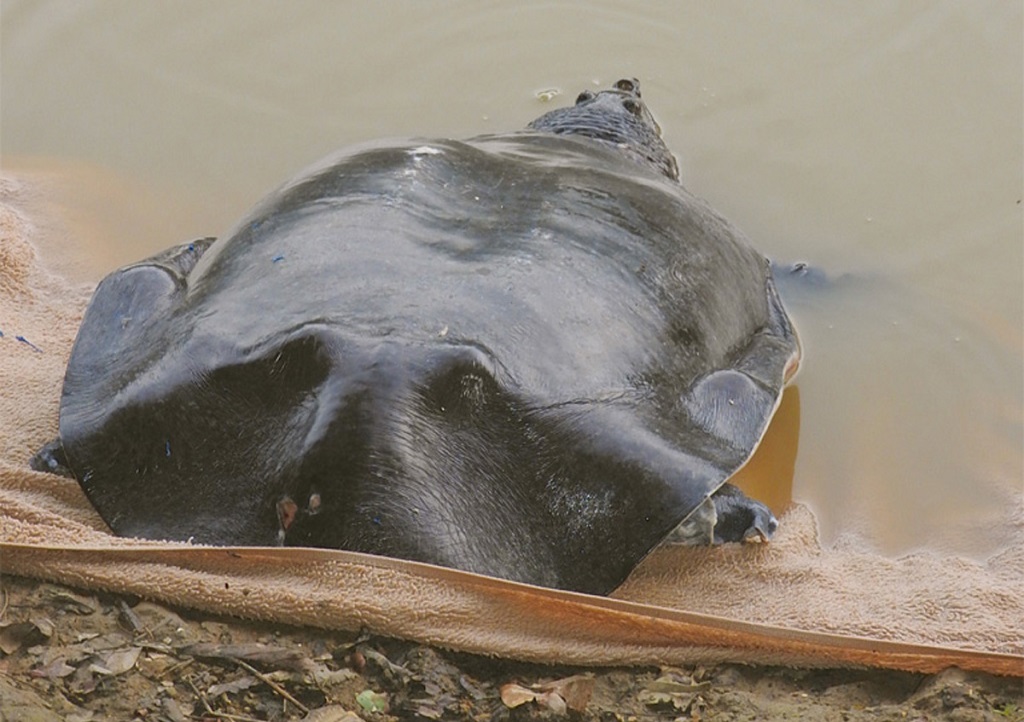 The animal has been moved from the bustling metropolis of Kota Kinabalu to the quiet of the forests on the Kinabatangan River, and then freed into the wild in its element.

Asian turtles are mainly threatened by hunting and trade, as well as habitat loss due to deforestation, fires, and land converted into agricultural areas.

Despite the numerous threats and the dreadful conservation status, the Asian giant softshell turtle is still not protected in the Malaysian state of Sabah. Efforts to stop the slaughter of these ancient animals are fewer compared to those carried out to protect more charming species, such as tigers, rhinos, and orang-utans. 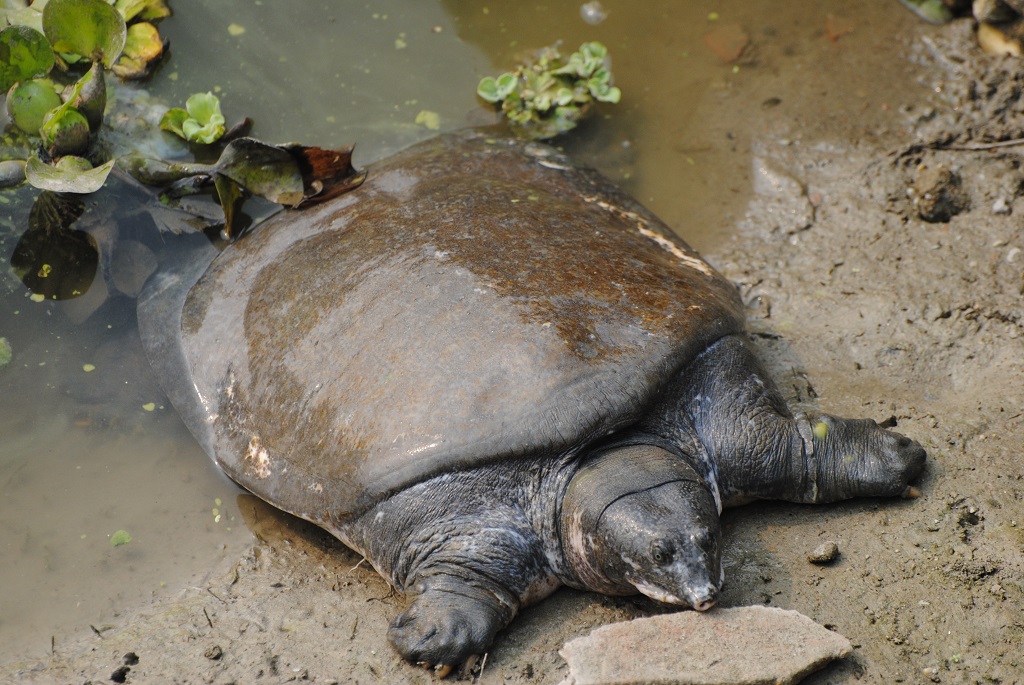 However, people like Serene Voo Nyuk Wei fortunately exist, and believe that a turtle should swim free in a river, rather than floating in a soup.