From El Hierro to Cape Verde. The islands investing in renewables to combat climate change

From Samso, Denmark, to the Azores. From Cape Verde to El Hierro. These are just some of the islands all over the world that made a clear choice: reducing the effects of climate change thanks to renewables, whilst demonstrating that available technologies can pave the way towards a carbon-free future.

An example is Graciosa, small island of the Azores with 4,000 inhabitants, which has invested in the storage of renewable energy produced from a plant combining solar and wind power, which is able to produce 70% of the island’s electricity need.

“Our objective is moving from 36.3% to 56.7% of electricity production from renewable sources by 2019,” said José Manuel Rosa Nunes, of the Azores government, at the Greening the Islands conference, held in Malta, where representatives of islands from all over the world met to debate on best practices and actions carried out to combat climate change. “The transformation of our energy system will reduce the use of fuel oil and diesel, resulting in a reduction in CO2 emissions, crucial factor to tourist regions rich in natural resources aiming at balancing their commercial activities”.

It is an investment worth 25 million euros that will lead to reduce oil consumption by 92,600 tonnes and CO2 emissions by 300,000 tonnes per year.

El Hierro, the smallest among Canary Islands, aims to run entirely on renewable sources, investing in hydroelectric and wind energy. It is an innovative system combining two sources, depending on needs and electricity availability: the hydroelectric plant is made of two artificial lakes realised on two natural craters, at different heights. With normal wind conditions, the wind power plant (11.5 MW) provides energy to the local population and surplus electricity is used to pump water from the lower hydroelectric basin to the upper one. During less windy days, the water is released down through a pipe connecting the two lakes, generating hydro-power. Such system allows the island saving 2 million euros per year.

“El Hierro is a perfect example of a public-private partnership, as well as of the way of considering islands to be labs for sustainable energy technologies demonstrations,” said Gonzalo Piernavieja Izquierdo of Islenet (Network of European Islands for Energy and the Environment). 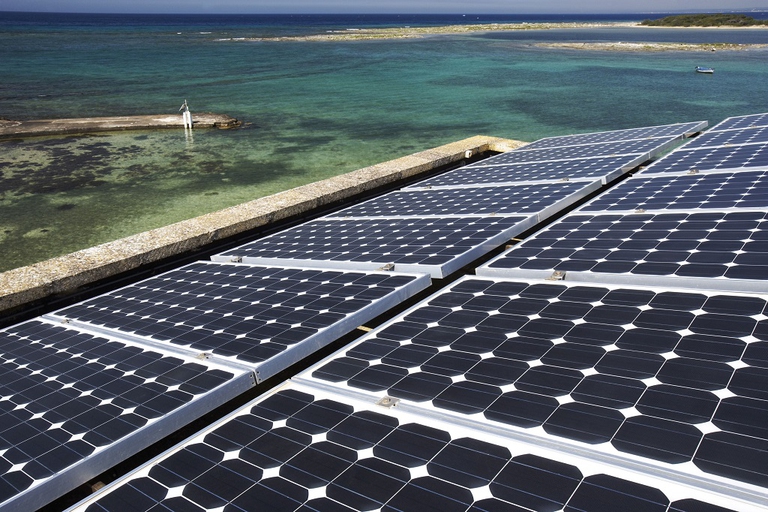 Cape Verde is also ready for the energy revolution. Depending on fossil fuels for electricity production and sea water desalinisation, the island chose to build 4 wind parks (25.5 MW), which provide about one fourth of the country’s energy need. This investment leads to save 16,000 tonnes of diesel each year (in 2013 1.5 million dollars have been saved) and 176,000 tonnes of CO2.

Just a few weeks ahead of the UN Conference on Climate Change (COP21), islands demonstrate to be ready for the energy revolution, essential to effectively combat climate change.