It’s all about telling the right stories. Danielle Nierenberg, founder of the think tank Food Tank, travels the world meeting people who are revolutionising the food system. In this interview she shares some of these eye-opening experiences.

Danielle Nierenberg is modest in describing the work of the think tank she founded in 2013, Food Tank. With the objective of reforming the global food system, it shares ideas and solutions that are being successfully applied to improve agricultural conditions and nutritional behaviours. Yet Nierenberg points out that Food Tank is simply giving a voice to those who are truly making an impact, such as the countless female agricultural workers she’s met all over the world and whose experiences she so ably brings to the table. And that’s exactly what sets the think tank apart: the stories and research it publishes, both original and in partnership with universities and other organisations, are relevant to all those who are looking to make a difference in the global food system, from farmers and producers all the way to businesses, academics and policy-makers. 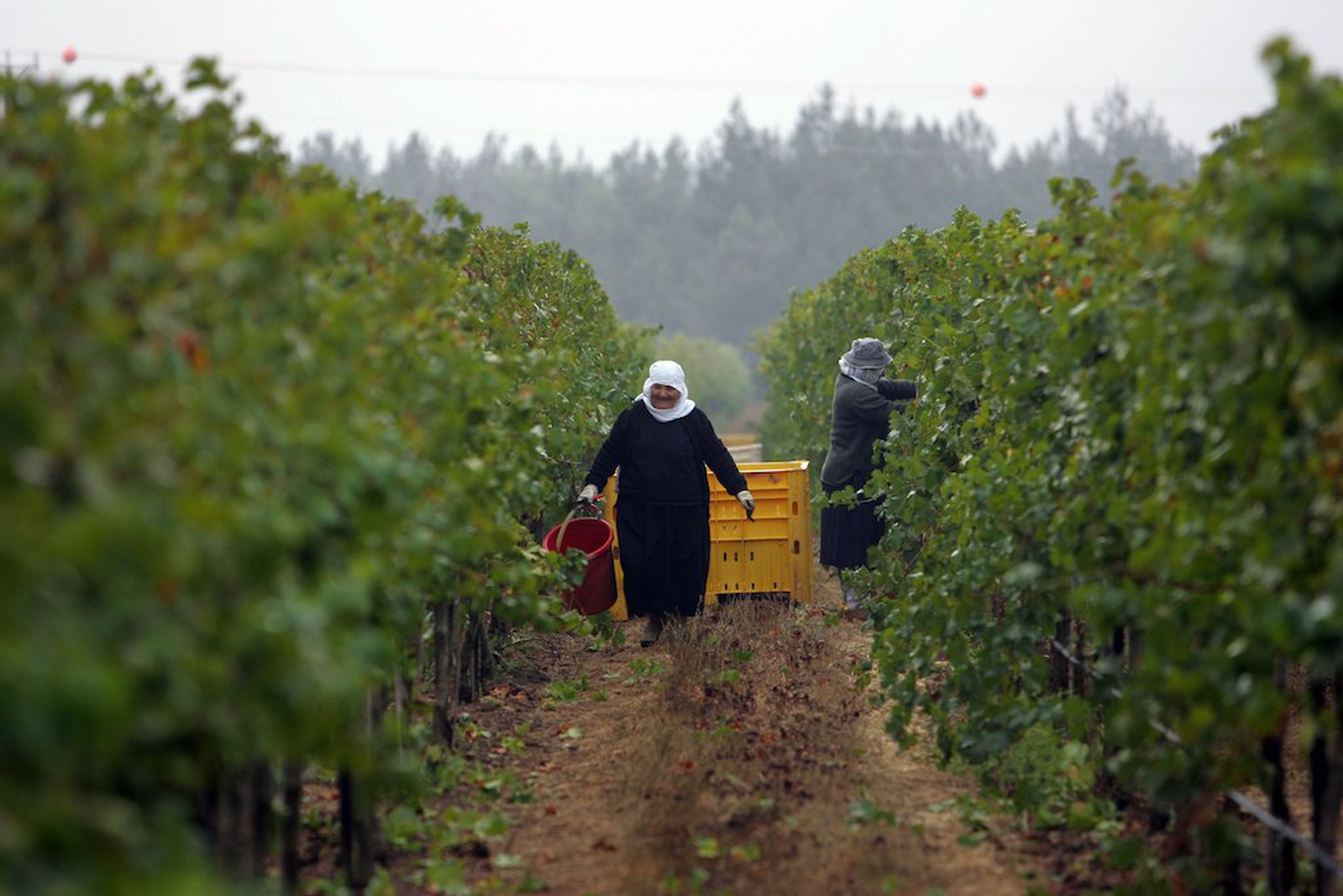 Nierenberg travels the world – when we spoke to her at the 2017 edition of Seeds&Chips, the food and innovation summit held in Milan in May, she cited having visited over seventy countries – exploring innovative projects that develop more sustainable ways of growing and consuming food, as well as talking at events that put actors representing different parts of the global food chain face to face. We met at Seeds&Chips to talk about gender, innovation and the sustainable choices we should be making.

What role can women play in making the global food system more sustainable?
Women are already making the global food system more sustainable, they’re just not recognised for it. Women make up nearly half of the world’s food producers but don’t have access to credit, land, financial services and education – and this comes at our own peril. The FAO (the United Nations Food and Agriculture Organisation) has predicted that if women had the same access to resources as men they could increase yields by 20 to 30 per cent and lift 200 million people out of hunger. Yet we continue to discriminate against them based on their gender. Being able to tell their stories, putting more women farmers, storytellers, scientists and advocates on panels at conferences such as Seeds&Chips is important in making sure that diversity is there. Not just gender diversity but socioeconomic and cultural diversity.

What advancements have been made in the last decade in terms of improving the conditions of female farmers, and how have these impacted the food system?
I’ve had the honour of travelling to seventy plus countries and I’ve seen many innovative projects that are recognising the role women play. One of my favourites is a theatre group from Zimbabwe that travels through southern Africa going into communities and putting on plays that describe women’s important role. You have women-run cooperatives: I saw one in Niger that was made up of about fifty women farmers. They were growing different indigenous crops, leafy greens, ornamentals and fruit trees, selling them and keeping some of what they grew: they raised their incomes to 1500 dollars a year (from less than 300 dollars). When you ask these women how their lives have changed, it’s incredible what they say. Women said, “I was able to buy my husband a bicycle to get to his farm”, “I was able to send my girl child to school for the first time, “I’m fatter now”. Though we need quantitative data, it’s those stories of how women’s lives have changed from one season to the next that are so powerful.

How does the move towards increasingly localised food production, seen for example in the growth of urban vertical farming, sit with a globalised food system?
I don’t think localised food systems, especially hyper-localised ones, are the way to change the world. I believe they’re a part of it – they get people more interested in agriculture – but I don’t know if having your own dishwasher-sized vertical farm in your home is changing the food system. There needs to be more connection between consumers and actual farmers, whether they’re urban or rural. While urban farming has so much potential, we still need to have a lot of rural-urban linkages. I like to think more about regionalised food systems, so that it’s not just urban versus rural farmers but there’s connection and continuity. I saw a great project in Nairobi where urban farmers were providing native seed varieties to rural farmers as the latter could no longer access them because big seed companies had taken over the market. That kind of thing is easily replicated and scaled.

How has the election of Donald Trump – largely supported in rural areas – affected the food system?
What’s happening now is that a lot of us who believe in sustainable agriculture systems are fighting for what we gained over the last decade, which wasn’t a lot to be honest. What Food Tank has tried to do is convene different sides. We’re bringing corporations together, we’re getting Republicans and Democrats to sit on the same panel. Convening different sides and realising that not all corporations are bad, not all Republicans are bad, that you can find common ground and come to ideas to move forward.

What actions can we as citizens take to positively impact the global food system?
There’s a lot of talk about voting with your fork: we need to get down and dirty, and vote with our vote. People aren’t voting enough in any country. The hope that I see in the Trump and more right-wing administrations around the globe is that now people are paying attention. We need more women in office, more young people, but that has to come from the grassroots. It’s not just about protesting, it’s about going to your local town hall meeting and really strategising for what’s next.

What foods should we be buying then?
It’s about buying the foods that you feel good about, that have a story, that you have a connection to. Eating more plant-based foods, a more respectful diet. Really thinking about where your food comes from. This burden falls heavily on consumers and most heavily on parents and women, and it’s a challenge to make sure that consumers have good resources to choose from. It’s hard for consumers to know what’s right so we need better education and awareness.