Two young men embarked on a bike journey from the Netherlands to Cape Town to listen to young people and communicate their priorities to the United Nations.

A bike adventure from Europe to Africa, in the name of debate, women and young people. Jilt Van Schayik and his friend Teun Meulepas left Amsterdam, iconic city for bike mobility, in February, to cross 20 countries between Europe and Africa and reach Cape Town the next 12 August, on the International Youth Day.

“Far away from our realities, far away from New York, there is a world of young people whose voices have never been heard. As a UN Youth Delegate and as a global citizen I feel it is my duty to connect young people from all walks of life with the United Nations. My grandfather used to say to me “actions, not words”. Therefore I do not only stand here today with nice words, but also with an action plan,” said Jilt. 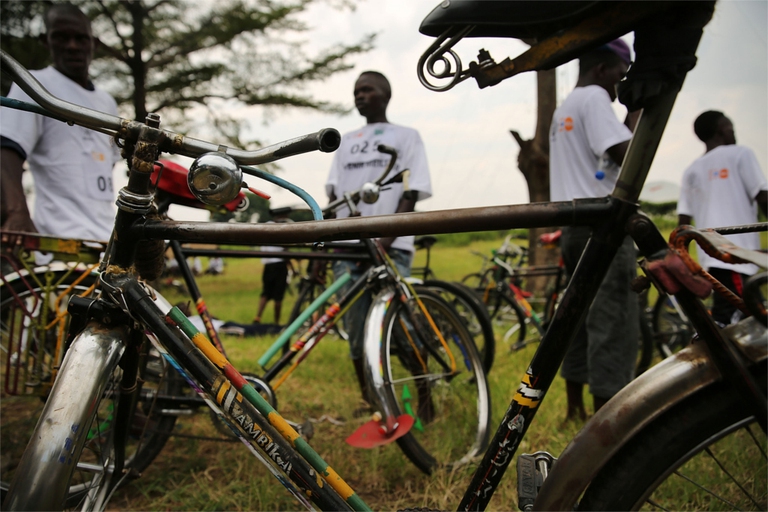 With this in mind, Jilt and Teun launched the Building Bridges project. They got on their bikes and planned the route’s stop-overs to meet young people of specific cities and countries,  in order to debate with them about problems they perceive and to the gather their requests to present to the UN. This is a way to ease the communication on youngsters’ priorities, Africans’ in particular.

The themes that are going to arise from such meetings will be taken into consideration for the Millennium Development Goals Development Beyond 2015 agenda.

Once they crossed Germany, Belgium, France and Spain, the two bikers disembarked in Morocco, Africa, on 23 March, where they passed from the arid Sahara desert to snowy and greener areas. In May, they also had the chance to cycle together with Ghanaian young people, in Accra.

The topics closer to youngsters’ hearts are gender equality, education quality, health care accessible to everyone, and job opportunities. Onu Donne supported Jilt, by advising him on how to deal with the issue of gender equality in his debates with young people. Onu Donne is also involved in the campaign to combat violence against women.

Such priorities will be presented to the General Assembly of the United Nations in New York in September 2015, hoping that world leaders will be inspired to include young people’s voices in the new 2015 agenda.