Men wearing burqas marched in Kabul, Afghanistan, ahead of International Women’s Day: “wearing it is like being in jail”.

One of the best ways to understand how a woman feels with a burqa on is wearing one. This, according to a man who marched on Thursday 5th March in the streets of Kabul, capital of Afghanistan, wearing a cobalt blue burqa under a dull grey sky. 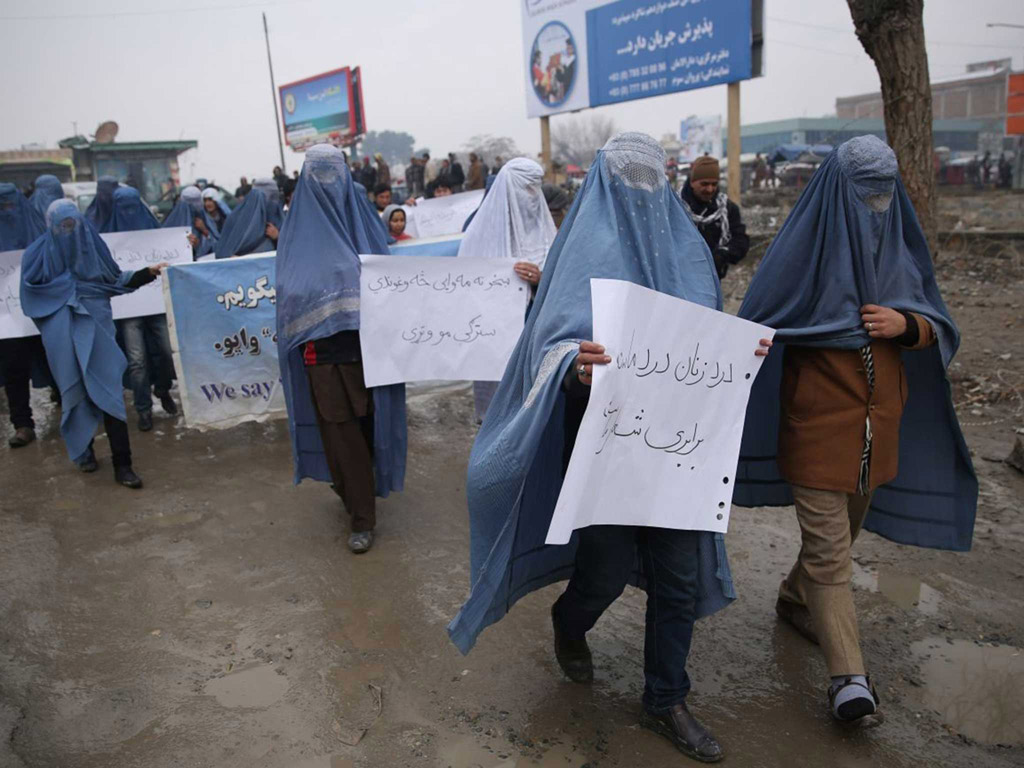 The demonstrators, who were about two dozen, claimed to be associated with the Afghan peace volunteers and to give their support to women’s rights ahead of the International Women’s Day, on 8 March.

Burqa is an enveloping garment that covers women from head to toe, face included and that allow them to “see” just through a concealing net about the eyes. The use of burqa dates back to the XIX century, but it was imposed in the 90s under the Taliban regime that was overthrown with the western invasion led in response to the 2001 Twin Towers attacks in New York, United States.

All were astonished by the march, including policemen and women who bumped into men in burqa. Many protesters affirmed they felt as if “in jail” and for this reason they called for equal rights for men and women. A difficult condition to obtain since many adult and old women wear it out of habit: “My husband and son tell me I should take my burqa off. But I’m used to it. I’ve been wearing this for 35 years” said 60 year-old Bibi Gul, a woman interviewed by the Reuters.