A rap song from Congo against racial massacres in the US

Some Congolese students composed a rap song to have their say on the Charleston church shooting.

Pierce Freelon is a US professor, journalist, and musician. Graduate in African Studies, he is founder of Blackademics – online community made of coloured young people debating on racial events – and of the hip hop group The Beast. Such mix of musical passion and academic education led him to become Professor of Political Sciences and Afro-American Studies at the University of North Carolina.

In early June, Pierce went to the Democratic Republic of Congo to participate as a professor to some musical labs for local students, programmed in occasion of the Salaam Kivu International Film Festival (SKIFF), Congo’s first international film festival, established to gather artists and activists from all over the world sharing common aims of social transformation through art and creativity. 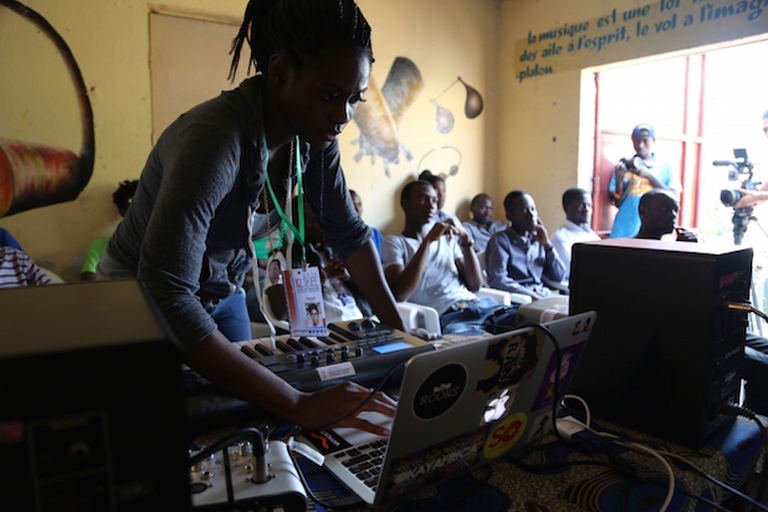 Whilst Freelon was in Congo, the Charleston church shooting took place in the US, one of last years’ worst carnage on grounds of racism, in which 9 people were killed in the South American most important Afro-American church.

Even worse, the Charleston massacre triggered a series of acts of vandalism all over the US west coast, with numerous fires in different Methodist churches frequented by the Afro-American community. Actions that date back to the American Civil War, but that are still sadly common now and then.

Going back to Pierce Freelon, he said in an interview to Public Radio International (PRI):

Ya Nguvu Weusi means Black Power in Swahilli and the song is the expression of a great collaborative work trying to give birth to something constructive from extremely destructive experiences and events, like Charleston.