Weather Warlock is a synthesiser that samples weather conditions and turns them into music – helping its inventor in his fight against cancer.

Mr Quintron has been described several times as one of the craziest and most over the top personality of New Orleans underground scene. He has always been attracted by odd sounds and to an all-encompassing music deconstruction, was an organ antique dealer and enjoys self-producing and assembling new extraordinary and eccentric musical instruments.

Mr Quintron is so enigmatic that we don’t even know his real name. Some say he is called Robert Rolston, others Jay Poggi.

Leader of the one-man band with the same name, he often plays with his wife, Miss Pussycat, at Spellcaster Lodge, his club in New Orleans, where he plays the instruments he invented. Mr Quintron is pretty known in the United States and his patents also include the renowned Drum Buddy, a drum machine equipped with a set of mirrors turning light into sound. Played by several experimental musicians, from Wilco’s Nels Cline to Laurie Anderson, a performance artist, the Drum Buddy was acknowledged during its celebration at New Orleans Museum of Art.

In 2013, at the eve of a 40 date American tours, Mr Quintron was diagnosed with stage 4 lymphoma. The tour was immediately cancelled, but the musician has never given up his researching, creating and playing new music. Indeed, during the period of forced inactivity he was relieved by the creation of a new instrument: Weather Warlock, a synthesiser collecting information about weather conditions, i.e. outside temperature, wind speed, sunlight and rain intensity, and turn them into sounds.

Mr Quintron realised three versions of Weather Warlock. The first prototype was created to take part to the Music Box project, a joint music making project promoted by Swoon, a street artist from New York. The second one was developed to be sold by Jack White‘s Third Man Records, but that was not successful.

To realise the final version of this instrument, Mr Quintron sculpted its sounds palette for therapeutic purposes. Interviewed by The Guardian, he said:

I wanted its sounds to be mostly beautiful […] I slowly worked it into what I wanted it to be: harmonious sounds. But I do still have some ugly ones – lightning would be one of those. And sometimes before sunset it emits some atonal surprising things.

Mr Quintron considers Weather Warlock as his most significant invention:

I was healed by having a purpose and a job and an obsession to replace touring. But the Weather Warlock’s sounds were very soothing, for me. It sounds cheesy, but it helped the pain fade into the background. 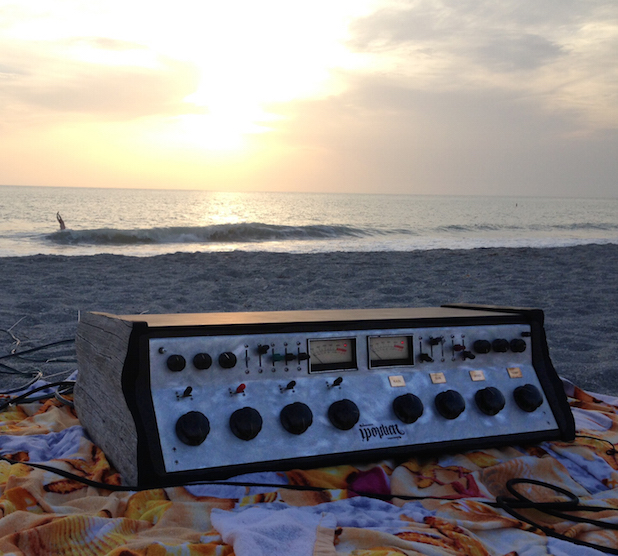 Due to Weather Warlock’s therapeutic properties, Quintron has also launched a platform  to “listen” New Orleans’ weather 24 hours a day in live streaming:

Some blind people suffer from Circadian Rhythm Disorder, where their sleep patterns are messed up partly because they can’t experience time properly, or weathersays Mr Quintron, who stresses he is not an expert.

Weather For The Blind is on Mixlr

Certainly, Weather Warlock will provide new suggestions and new listening perspectives to those who are interested in experimenting new ways to listen to the music.

The music of Black Lives Matter, 12 songs and acts of solidarity

Music plays a key role in the Black Lives Matter movement. A journey through the most powerful beats in support of the struggle against racism in the US.