Mutebutton is a multi-sensory device which can reduce aural disturbances, such as tinnitus, thanks to a stimulation combining sound and touch.

Apparently, MuteButton is quite similar to a common digital music player, equipped with comfortable Bluetooth headphones, but if you take a better look, you realise it features an intra-oral array, which is the technological core of this device, conceived to relieve tinnitus, the hearing of a hiss or a buzz when no external sound is present. 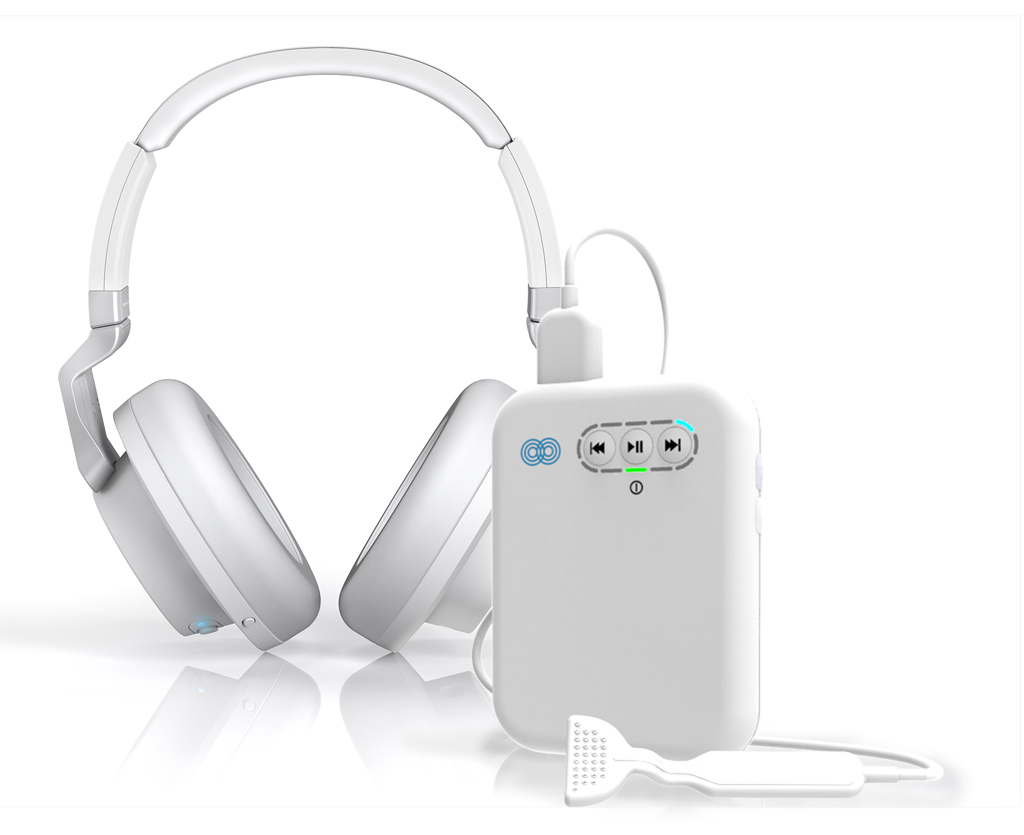 There is still no cure for such annoying and sometimes irritating aural perception, which is mainly due to modern lifestyle, stress, loud noises or listening to music at high volume. 10-15% of people are affected by tinnitus, with a heavy impact on their quality of life as it involves loss of concentration, alteration of sleep patterns, headaches, depression, relational disorders and irritability on both adults and children.

The device has been designed by Ross O’ Neill, an Irish biomedical engineer, in cooperation with a team of neuroscientists, physicians and audiologists from University College Dublin (UCD). According to the research carried out by team, with a 30 minutes treatment per day for 10 weeks, MuteButton can reduce the annoying sound by 40%.  This is a further step forward compared with the progresses of sound therapy.

How does MuteButton work? Once the intra-oral array called tonguetip is placed on the tip of the tongue, it delicately stimulates some nerves, sending information to the brain. Such tactile stimulation is matched with the listening through the headphones of natural relaxing sounds and ambient music, which in turn have positive effects on the multi-sensory integration and help the brain recalibrate gradually and distinguish the real sound of music from the fake sound of tinnitus, to retrace the scale of sounds and to bear them. Thus there is no need of medicines, but only touch and (hopefully) good music.