US sanctions on Myanmar to be lifted, Obama tells Aung San Suu Kyi

Obama vowed to lift US sanctions on Myanmar during a meeting with Aung San Suu Kyi. Critics say this will help businesses but not those suffering human rights violations.

US President Barack Obama has pledged to finalise the lifting of US sanctions on Myanmar, also known as Burma. The announcement, made during a bilateral meeting with Aung San Suu Kyi on the 14th of September, follows the latter leader’s sweeping victory in last November’s elections and the country’s fast transition to democracy after decades of military dictatorship. 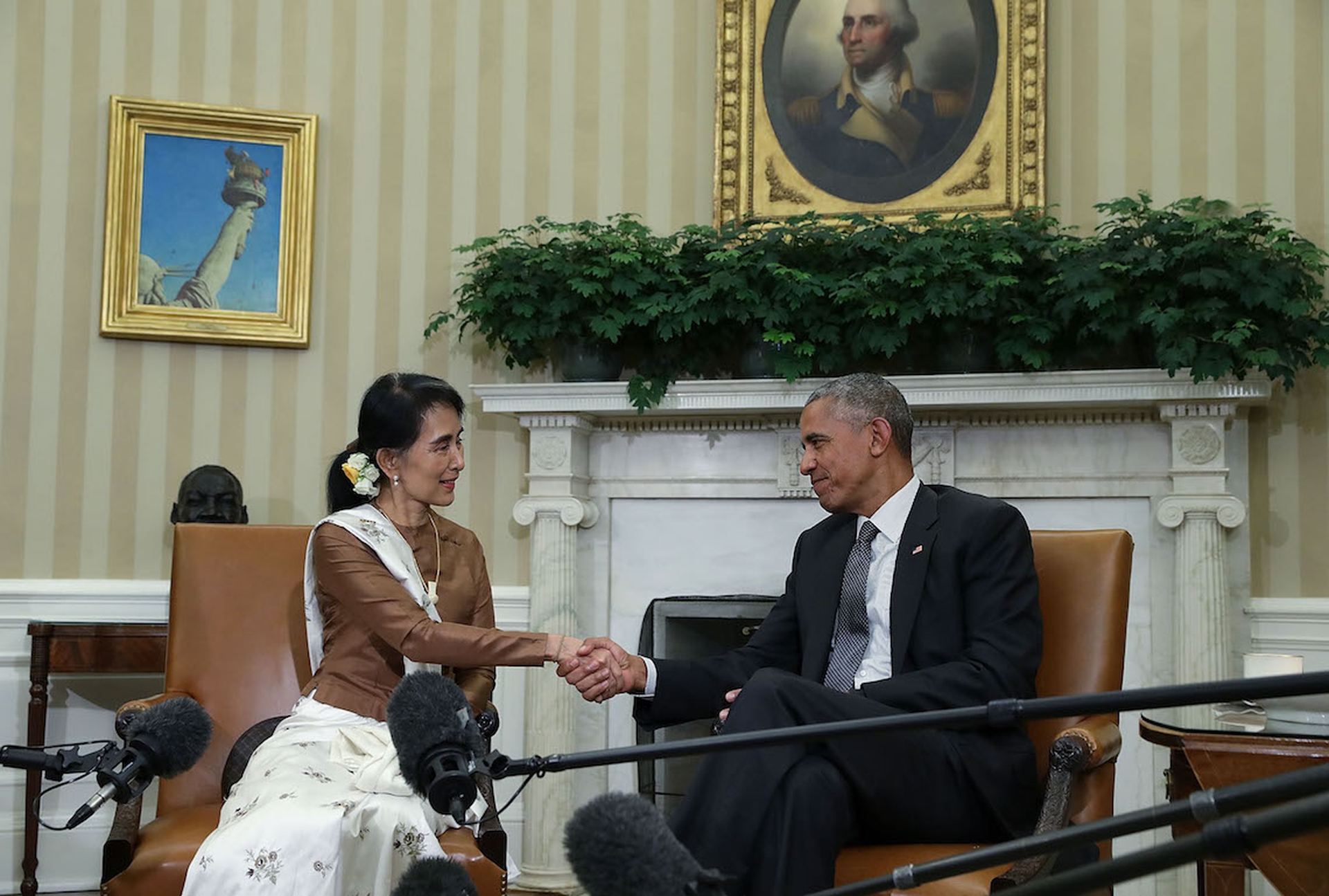 For both Obama and Aung San Suu Kyi, leader of the National League for Democracy (NLD) and Myanmar’s de facto leader, removing the restrictions would increase trade between the two countries and help spur inclusive growth in one of Southeast Asia’s poorest countries.

A turning point in US-Myanmar relations

The decision marks a turning point in relations between the two countries, almost non-existent up to five years ago, and for Aung San Suu Kyi, who had until recently supported sanctions to put pressure on the military once governing the country, and which still holds a considerable amount of power.

“Unity also needs prosperity, because people, when they have to fight over limited resources, forget that standing together is important,” said Aung San Suu Kyi during her visit to Washington. “We want to make sure that our people are better off materially in order to strengthen our political initiative.”

Myanmar businesses, many of which are currently blacklisted by the US government for their ties with the military, greeted the announcement with enthusiasm. However, Obama’s decision wasn’t welcomed by human rights advocates, who expressed worries concerning the democratisation process and people’s rights. In fact, Aung San Suu Kyi has been facing growing criticism for her passivity towards the plight of the Rohingya. The Muslim minority, not recognised as an official ethnic group, faces discrimination as well as violence in Myanmar.

Yet others view Obama’s move as a way to undermine the regional influence of China, who supported the military during its rule and has major investments in Myanmar.

“This amounts to an incredibly premature and shortsighted lifting of sanctions against senior military officers, military-connected companies, and crony capitalists,” Phil Robertson, deputy director of the Asia division of Human Rights Watch told the New York Times. “It’s the turning point in Burma when US corporate interests and realpolitik considerations about China triumphed over human rights and rule of law”.

Many eyes within and outside Myanmar will be paying close attention to Aung San Suu Kyi’s future moves as she works to fulfil her pledge for democratisation and national reconciliation in the country.