Two Indian sisters condemned to be raped. Sign the petition to demand justice

An “untouchable” man marries a woman from a higher caste. His sisters are sentenced to be raped. Sign the petition to stop this horror from happening.

The village council of Baghpat in Uttar Pradesh, a state in northern India, has sentenced the 23 year old Meenakshi Kumari and her 15 year old sister to be raped and paraded naked with their faces blackened in the village’s streets. The two sisters are Dalits, members of the lowest tier of the Hindu caste system. They are being targeted by the local “justice” system because their brother, also a Dalit, married a Jat woman, member of the highest caste. The two eloped after the woman was forced to marry a Jat man.

According to the Hindustan Times, the brother was arrested on false drug charges. His family fled Baghpat in May 2015, hiding in New Delhi because they fear the reprisal of other villagers. The ruling against the two sisters was proclaimed on the 30th of July by the village’s khap panchayat, the unelected council composed exclusively of male members of higher castes. Meenakshi Kumari and her family appealed to the Indian Supreme Court and national organisations for the defense of human rights to ensure the verdict isn’t carried out. They want to return home but they fear for their safety and that of the Jat woman, who is reported to be pregnant.

Discrimination based on religion and caste is illegal under the Indian Constitution, and so are the khap panchayats, whose adjudications, however, are still observed in certain of the country’s rural areas. 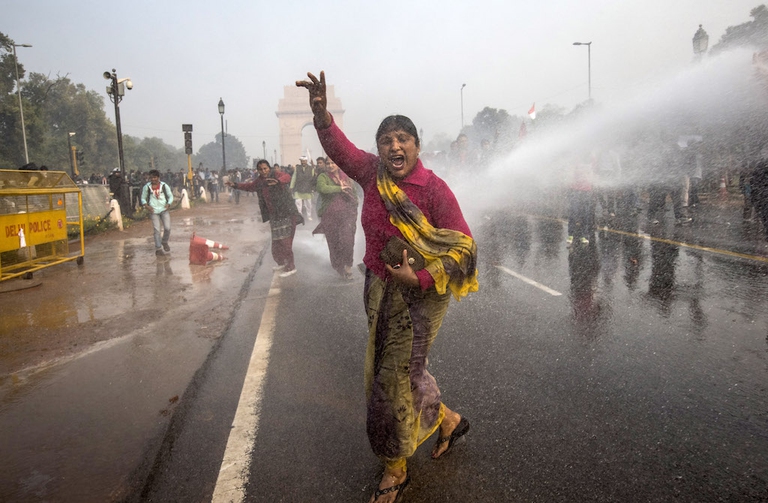 Amnesty International has come out against the ruling with a petition that has collected around 200,000 signatures. The human rights organisation declared:

Nothing could justify this abhorrent punishment. It’s not fair. It’s not right. And it’s against the law. Demand that the local authorities intervene immediately. Act now to demand that this disgusting ruling is not allowed to happen.