Why a Fukushima-like disaster could happen in Europe

“A Fukushima-like disaster could happen in Europe. I can’t tell the odds, but the first step is assuming that it is possible”. These words weren’t pronounced by any Greenpeace activist, but by France’s Nuclear Safety Authority President Pierre-Franck Chevet who, during an interview with the newspaper Libération, made clear that catastrophic scenarios cannot be excluded.

The French newspaper asked Chevet why he talked of a “particularly worrying situation as far as nuclear security is concerned”. Chevet said that his statements come from three facts: “Firstly, the maintenance of 40-year-old plants is technically complicated. EDF – France’s main electricity company – estimates that 55 billion euros are needed to carry out such maintenance works”.

The financial conditions of EDF and AREVA are worrying

Secondly, continued Chevet, “security standards are higher, while our nuclear power stations date back to the 1980s. This is anything but a secondary problem”. Lastly, what’s also worrying is “the financial condition of nuclear industry’s main actors. EDF, Areva, and CEA (Atomic Energy Commission) are going through economic difficulties. When companies lack means, there’s a higher risk as for security”.

“In any case, we’ve set goals and deadlines. And we’re going to monitor them in order to be achieved. We carry out many inspections and law allows us to impose financial sanctions if needed”.

The newspaper 20 Minutes mapped the existing risks in France, home to 58 nuclear reactors divided in 19 sites. EDF assured that “reactors’ security levels are systemically assessed in compliance with international standards”. Reactors underwent “stress-tests” in order to verify their resistance to extreme conditions, including earthquakes, floods, or terror attacks. 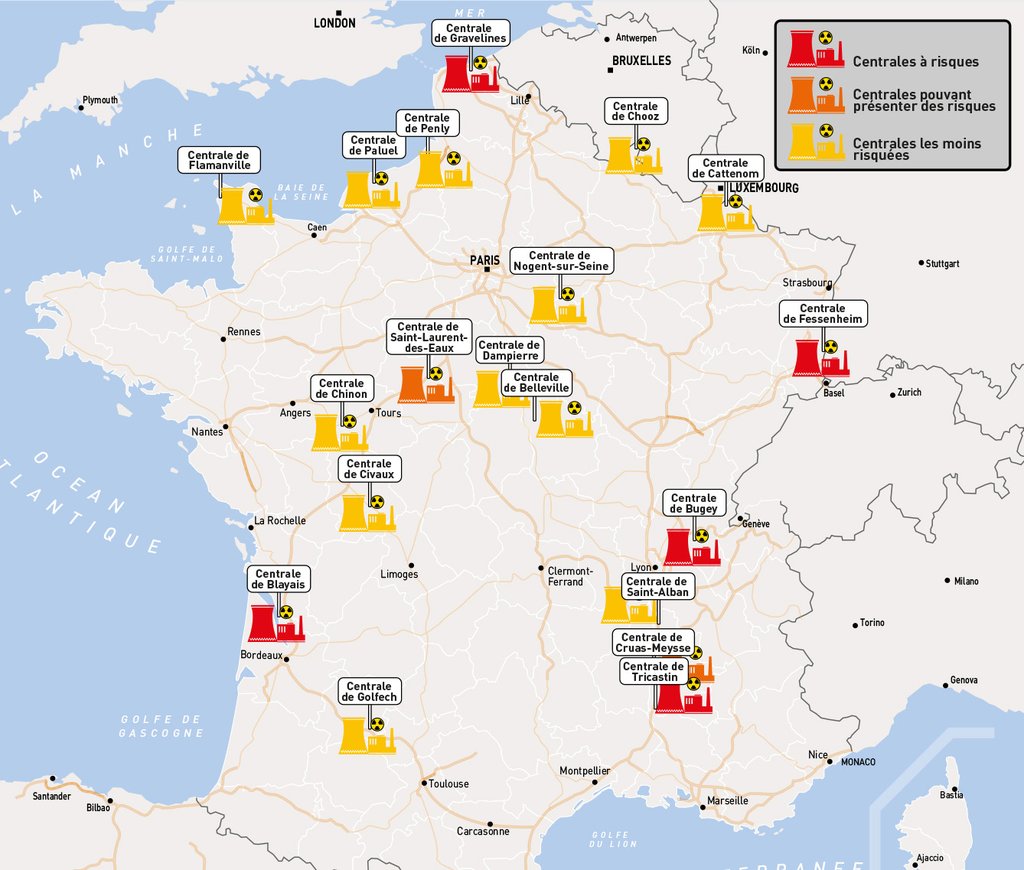 However, according to expert Yves Marignac, “even if reactors are classified according to their security levels, nothing can guarantee that a Fukushima-like disaster won’t take place in those sites considered to be the most reliable”.

The nuclear power stations that are mainly cause for worry are Fessenheim, Alsace, built 40 years ago and located in a seismic region; Civaux, Central-western France; Chooz, Ardennes; and the under-construction Flamaville reactor.

Moreover, according to Greenpeace, there are two sites at risk, Tricastin and Bugey, that are not far from the Italian border.

Fukushima, planting the seeds of renewal

We visited Fukushima to speak to those working hard to rebuild their lives after the disaster of the 11th of March 2011. These are their stories, in a video reportage produced by LifeGate.