Elizabeth Holmes, the world’s youngest female billionaire, is out to do good by taking a sample of your blood. Her company, Theranos, is revolutionising the blood testing industry.

Elizabeth Holmes was born in 1984, grew up in Texas, U.S.A., and founded Theranos in 2003 when she was only 19 years old. Many are comparing her to Silicon Valley greats like Steve Jobs and Mark Zuckerberg. But her field isn’t exclusively that of technology. The young American wants to change the way we get our blood tests, revolutionising techniques that haven’t evolved significantly since the 1960s and making healthcare more accessible to all. At the age of 9 she wrote a letter to her father saying:

What I really want out of life is to discover something new, something that mankind didn’t know was possible to do. 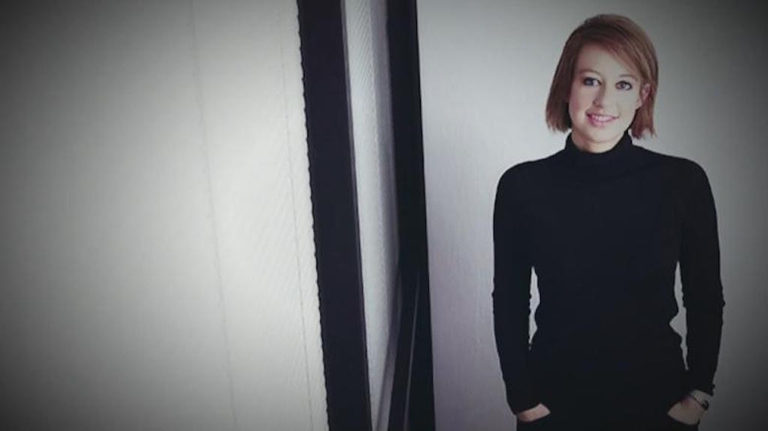 During high school she taught herself Mandarin and set up a company to sell C++ compilers (a computer programme to translate code) to Chinese universities.

She attended Stanford University studying chemical engineering. Whilst at Stanford, she travelled to Singapore to work at the Genome Institute on the SARS virus. 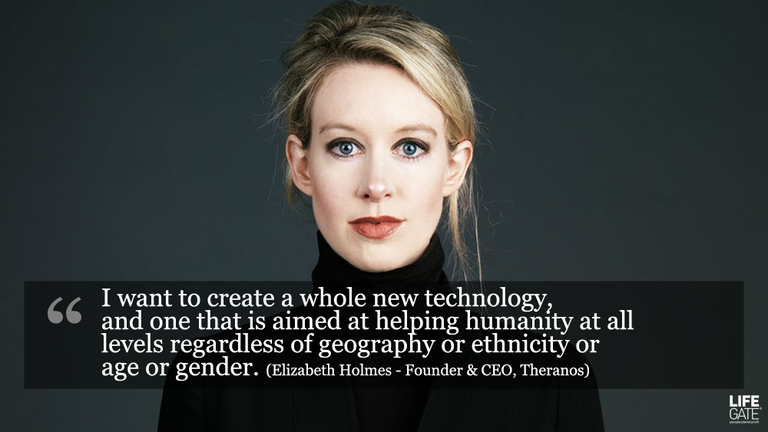 Having returned to the U.S. she wrote her first patent under the tutelage of her chemical engineering professor, Channing Robertson (now employed at Holmes’ company, Theranos). The patent was for a wearable patch to monitor patients’ blood to assess the efficacy of a drug.

At the age of 19, in 2003, having dropped out of Stanford she founded the blood testing company Theranos, based in Palo Alto, California at the Stanford Research Park, a former home to Facebook. Theranos, the name a combination of the words “therapy” and “diagnosis”, was set up with the money her parents had saved up for her to go to college. 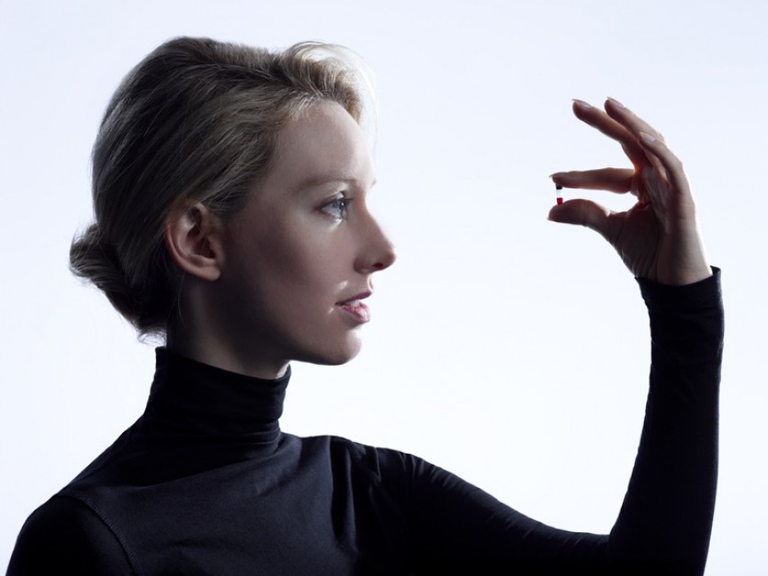 Theranos provides cheap, reliable, fast blood tests that extract only a few drops of blood from a finger-prick. With this sample, Theranos laboratories can run up to 70 different tests, for dozens of conditions including high cholesterol and cancer, the results of which are available within hours, at a fraction of the costs of commercial labs.

Theranos has developed unlike other Silicon Valley start-ups. Holmes, the CEO, has kept Theranos largely out of the public eye for the past decade to shield its secrets from its competitors in the $70 billion U.S. blood-testing industry. 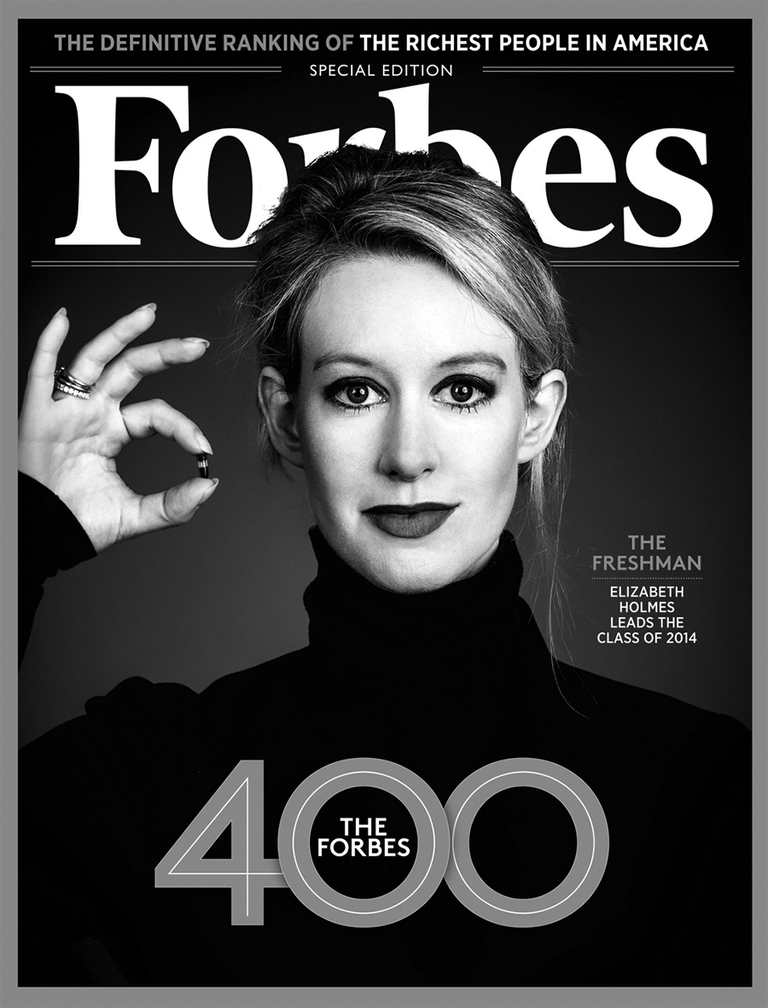 Theranos’ vision is to provide accessible healthcare in the form of less invasive, more affordable and effective blood tests. According to Holmes, this incentivises people to take multiple tests a year, thus helping to prevent diseases.

Holmes’ decision to found Theranos was guided by her experience of losing her uncle to cancer, which, she believes, could have been prevented through more effective medical testing.

There are currently 41 Theranos labs in California and Arizona, and its tests are available in the U.S. in Walgreen pharmacies. Holmes’ vision, however, goes much beyond this. She wants to reinvent the healthcare market to create “consumer health technology”, where consumers are more directly involved in their healthcare. Because Theranos labs take up less space than conventional labs, they can be dislocated widely and made accessible to more and more people.

In Arizona, you can now get a lab test without a lab order, for the very first time. http://t.co/yNeZSWU7E6 pic.twitter.com/KPv3Q8guNW

Holmes is being hailed as the world’s youngest female billionaire. Theranos is valued at $9 billion and Holmes, who owns 50% of the company, is believed to have a net worth of $4.5 billion.

She has 84 patents in her name (18 in the U.S. and 66 non U.S. ones). She is repeatedly compared to Silicon Valley visionaries like Mark Zuckerberg and Steve Jobs. Like Jobs, she wears simple, all-black clothes every day. In her office she’s hung a framed screenshot of his biography on the Apple website printed out the 24th of August 2011, the day he stepped down as Apple’s CEO because of pancreatic cancer. According to Vivek Wadhwa, a technology entrepreneur and a professor at Stanford University, “She may be the female Mark Zuckerberg that Silicon Valley has been waiting for. She started when she was young, defied the odds and built a great technology, and is doing good for the world”.