The Colombian peace talks. What is holding up the end to the world’s longest civil war

HAVANA, CUBA - SEPTEMBER 23: Juan Manuel Santos, president of Colombia (L), Raul Castro, President of Cuba (C) and Rodrigo Londo?o, known as "Timoshenko", top leader of the Revolutionary Armed Forces of Colombia (FARC) , shake hands during a meeting about transitional justice agreement on September 23, 2015 in Havana, Cuba. The agreement contemplates an amnesty for political crimes, the creation of a special court for peace, and states that the guerrillas must surrender their weapons within 60 days after signing the final agreement. (Photo by Ernesto Mastrascusa/LatinContent/Getty Images)
,
by Alexander Kershaw

The Colombian peace talks between the government and FARC have been ongoing since 2012, yet a final agreement is still out of reach.

HAVANA, CUBA - SEPTEMBER 23: Juan Manuel Santos, president of Colombia (L), Raul Castro, President of Cuba (C) and Rodrigo Londo?o, known as "Timoshenko", top leader of the Revolutionary Armed Forces of Colombia (FARC) , shake hands during a meeting about transitional justice agreement on September 23, 2015 in Havana, Cuba. The agreement contemplates an amnesty for political crimes, the creation of a special court for peace, and states that the guerrillas must surrender their weapons within 60 days after signing the final agreement. (Photo by Ernesto Mastrascusa/LatinContent/Getty Images)

The conflict in Colombia has seen the government, right-wing paramilitary groups and left-wing guerrilla groups such as the The Revolutionary Armed Forces of Colombia – People’s Army (FARC) and National Liberation Army (ELN) fighting against each other. It is the longest running conflict in the western hemisphere, having started five decades ago. Peace talks between the government and FARC are currently taking place in the Cuban capital, Havana. They have accomplished a lot since they began in 2012, however a resolution to the conflict has not been reached. Furthermore, the deadline of the 23rd of March 2016, initially agreed upon by the two sides, has come and gone. 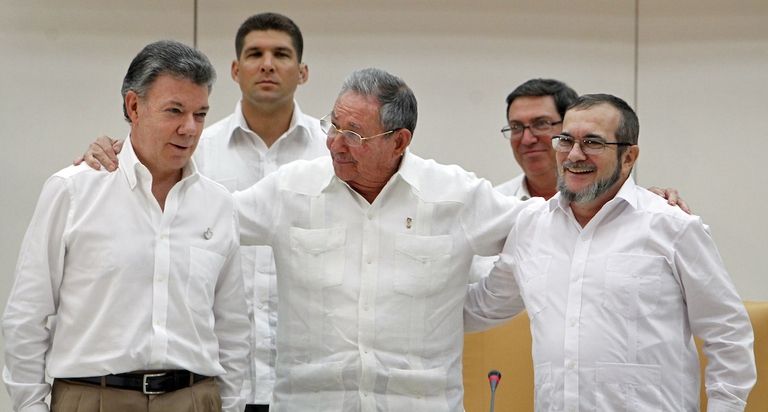 Starting with a peasants uprising in the 1960s, the Colombian conflict has resulted in the displacement of over 6 million people, death of more than 260,000 and disappearance of 45,000 more, with atrocities committed by all sides. In addition, the FARC controls large areas of Colombian territory, and currently operates in 25 of the country’s 32 provinces.

The effects of the conflict enabled Colombian President Juan Manuel Santos to come to power in 2010 under a mandate of bringing peace to the country through engaging in a dialogue with guerrilla groups. On its part the FARC, the largest insurgent force and which has suffered a number of military defeats recently, has stated that “by halting the war the country has the possibility to live better” and that the “door for change is open”. 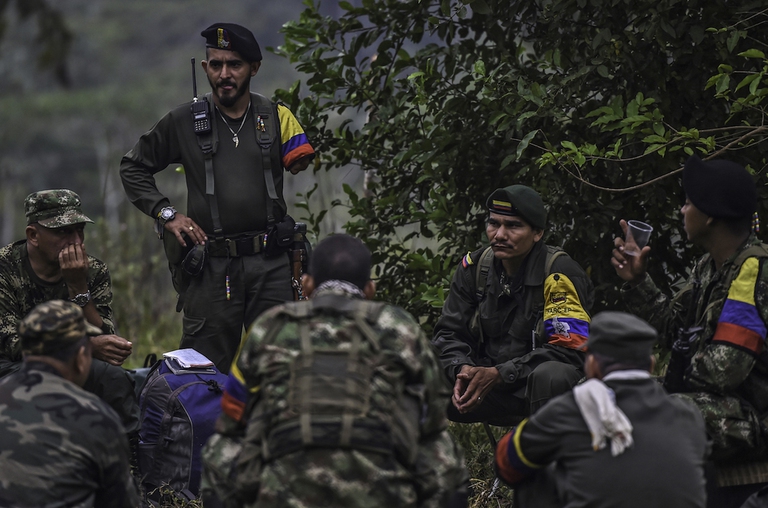 What the talks have achieved

In terms of what has been agreed so far, major and positive steps have been made on numerous contentious issues. In terms of land reform, both sides have agreed to the creation of a land bank that will reallocate and provide fair access to land that was illegally seized during the conflict, as well as committing to enacting rural development programmes.

Both sides have also agreed to amnesty for combatants who confess but are not guilty of the most serious crimes. In addition, a peace tribunal and judicial panels will be created to handle combatants who have committed the most “grave violations of human rights and humanitarian law“.

The government has agreed to allow for political participation of the FARC once the peace talks are over, however this has been challenged by the Colombian Senate. In return, the FARC has agreed to end the production of illicit drugs, one of its major sources of funding, and allow for this to be substituted with other agricultural products (mirroring a successful programme to this effect in neighbouring Peru). 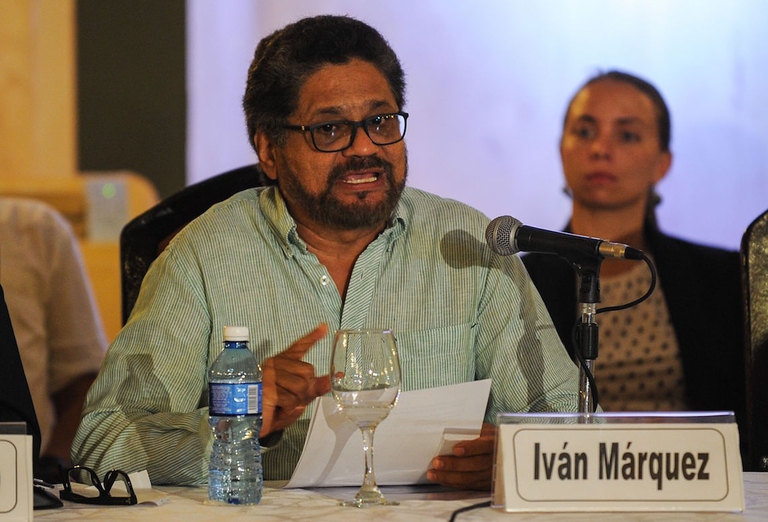 The commander of the FARC, Ivan Marquez © Yamil Lage/AFP/Getty Images

What is holding peace up

Agreement, however, hasn’t emerged on disarmament and how to implement the peace accords. Previous peace talks in 1984 resulted in the FARC committing to working democratically with the Colombian Communist Party to create a left-wing political party known as the Patriotic Union (UP). However, right-wing paramilitary groups, the government and army assassinated between 4,000 and 6,000 members of the UP, including presidential candidates Jaime Pardo and Bernardo Jaramillo. This helped create a sense of mistrust and is a serious hurdle for tackling disarmament.

Former president Álvaro Uribe, in power between 2002 and 2010, is credited with restoring stability after decades of conflict – using harsh and potentially illegal means to crush guerrilla groups. Many of his supporters have launched protests across Colombia against the peace talks and possibility of impunity being granted to guerrilla members. A future without conflict?

The challenges to the peace talks and their ability to achieve long-lasting results mean that a resolution to the conflict may not be around the corner. There are however causes for optimism: for example, the ELN entered into separate peace talks with the Colombian government earlier this year. If both guerrilla groups commit to ending the conflict, then a large step towards peace in Colombia will be secured.