Brussels attacks. Explosions in the airport and the metro

Double explosion in Brussels Zaventem international airport and in a metro stop in the city centre. Brussels is the midst of a nightmare. Real time updates here.

16:54 – Tributes to the victims of the Brussels attacks (via Alice Dulczewski) 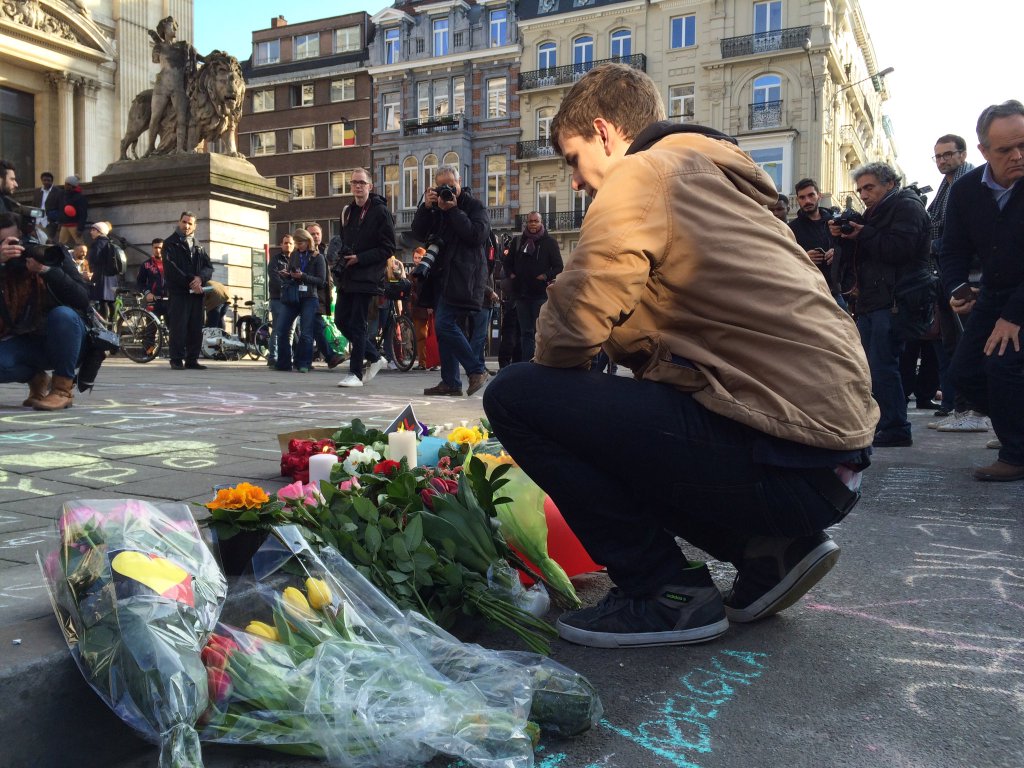 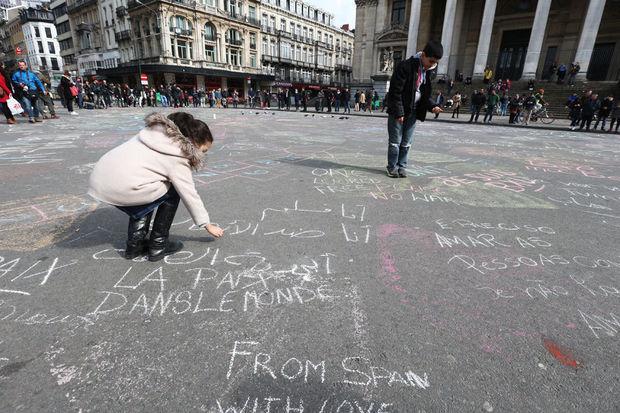 16:32 – Director of Site Rita Katz tweets that ISIS claimed responsibility for the attacks through Amaq, the press agency of the Islamic State.

16:08 – The photo of the alleged attackers was first published on the site of the newspaper La Dernière Heure. It hasn’t been confirmed by any official sources. 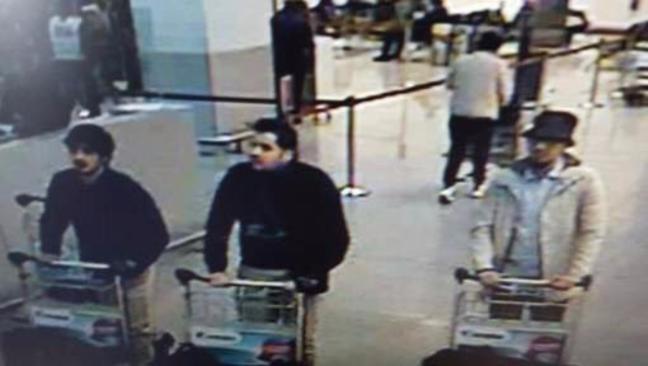 15:40 – Inside Zaventem airport and the metropolitan of Brussels after the explosions (via Associated Press).

14:19 – The Belgian nuclear power plant of Tihange has been evacuated, according to broadcaster VTM.

13:43 – The hashtag #ikwillhelpen – “I want to help” in Flemish – has become viral on Twitter in Belgium. It expresses the will of welcoming and supporting people affected by the attacks.

13:39 – The victims of the attacks in Brussels’ airport and metro have risen to 34, according to non-confirmed reporting by Belgian television channel VRT. 20 people died in the latter attack and 14 in the former.

12:54 – ISIS claimed responsibility for the attacks in Brussels through the Amaq Agency, which is linked to the Black Caliphate and is the communications agency of the organisation. According to the public statement, the attacks are ISIS’ response to the arrest by Belgian security forces of Salah Abdeslam, a Belgian-born French national of Moroccan descent who was personally involved in the attacks in Paris on 13th November 2015.

Three explosions devastated the departures area of Zaventem airport, in Brussels, around 8:00, followed by another explosion in Maalbeek station, a few metres from the European Commission’s headquarters.

The explosions in the airport took place in the departures hall, close to the American Airlines desk: all window and glass exploded. According to the Belgian press, a number of unexploded ordinances were also found.

The Belgian government has called for an emergency meeting and the army has been deployed throughout the streets of the capital, which is in a state of maximum alert. Brussels’ airport, metro, public transport and stations have all been closed. Local authorities point to ‘contemporary attacks’ whilst Belgian media have attributed the ones carried out in Zavantem airport, the principal Belgian travel hub, to a kamikaze.

After the closure of the border with France and, possibly, soon, that with Germany, Belgium remains isolated. The attacks take place a few days after the arrest of Belgian-born French national Salah Abdeslam in the country’s capital: the final member of the group blamed for carrying out the attacks in Paris on the 13th of November last year, which caused 130 deaths, was arrested in a raid carried out in Rue de Quatre Vents, in the neighbourhood of Molenbeek. 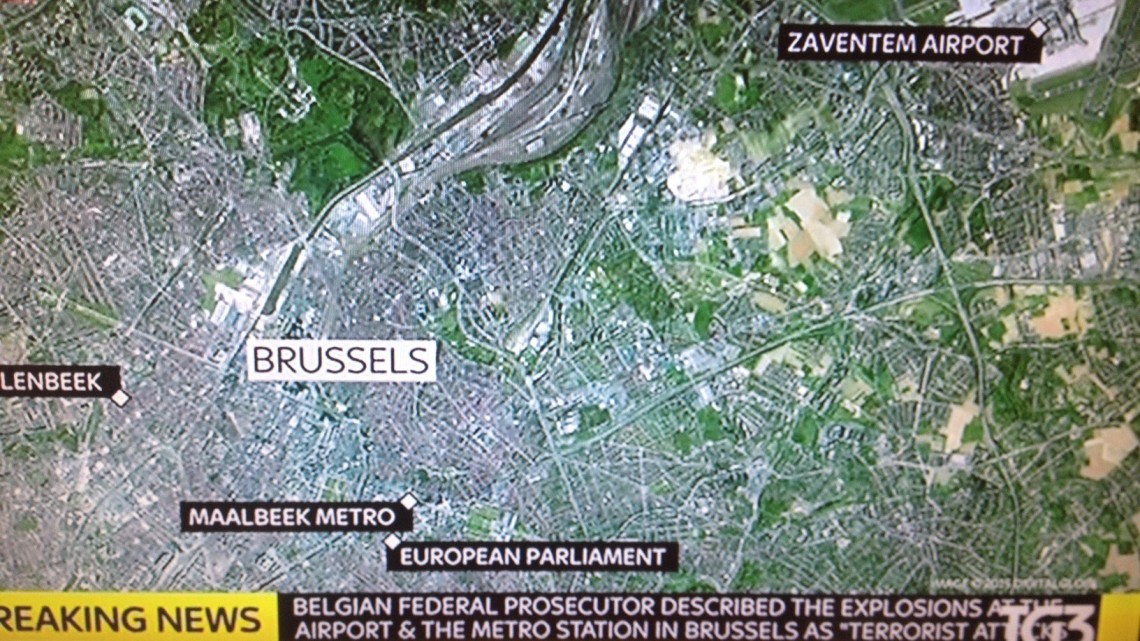 11:38 – Artificers explode a suspicious package in Rue de la Loi, between Maalbeeck metro station and Schuman station, in the heart of Brussels.

11:33 – Belgian authorities deploy the army in the streets. 250 soldiers are sent to protect public spaces and places at risk.

11:24 — Anversa’s railway station has been evacuated, according to broadcaster VRT. 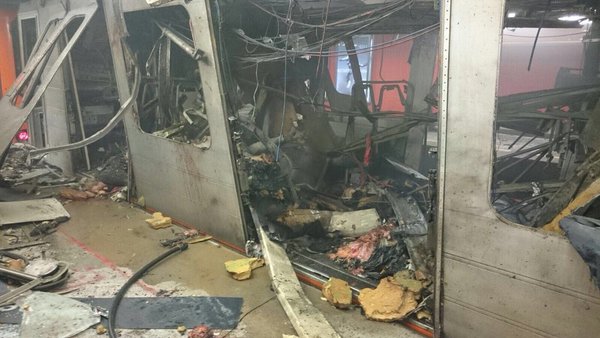 11:02 — “Stay where you are”: Belgian authorities have told people to avoid transfers and confirmed the current closure of airports, metro lines and railway stations.

10:58 — Brussels prefect has said that the explosions at the airport were carried out by suicide bombers.

10:36 — The explosions at Brussels airport have blocked airlines all over Europe. Many flights have been cancelled or diverted. International coordination among security forces at the airports has been established, along with an exchange of information with airport management and companies managing stopovers.

10:21 — The army has been deployed throughout the city.

What happened in Brussels, the capital of Europe, on 22 March