Apple Worldwide Developers Conference (WWDC) is an annual conference hold in California, where the American company showcases its new products and new technologies to developers. In 2015, it was hold on 8 June and introduced Apple most relevant new musical product since iTunes store launch in 2003: Apple Music.

12 years ago, iTunes changed completely the idea of listening to music and helped redefine the way it is purchased. However, during the last years the key concept has totally shifted from “owning music”, also recorded on a digital device, to “accessing to music.” All new music applications use online streaming technology, allowing to have music available always and everywhere.

Spotify is likely to be the first music streaming service people think about, but Apple Music will be pretty different from it. Spotify was compelled to adopt a new business model from scratch, which, in the following years, proved to be complicated and, in someone’s opinion, not completely successful. Indeed, as it provides a mostly free service in return for advertisement, its sustainability turned out to be very fragile. The artists themselves, who complain about constantly lowering royalties, pointed out this weak point.

Despite Spotify has a market penetration of 86% in the United States and its sales volume reached about 1 billion dollars, the company didn’t manage to shift the balance of the accounts to the profit side in 2013. On the other hand, Apple sales volumes related to iTunes are constantly growing (it earned over 4 billion dollars in the fourth trimester of 2013 alone). Apple Music, completely integrated with iTunes and already boasting a large number of future users, will not feature any free option (except the 3-month free trial) and will cost 9.9 dollars per month and 14.99 dollars per month for family plans (up to 6 users).

Moreover, playlists, created for specific tasks, will not be generated by software, but will be supervised directly by artists, musicians and music celebrities. Ping, an unsuccessful music social network launched in 2010, will be back online and will change its name to Connect. The latest Apple Music new feature proves that, in the digital era, radio is still charming; however, we can’y ignore the fact that the spotify promotion is still very appealing to many customers. Beats 1 will be the new Apple radio, broadcasting 24/7 from New York, Los Angeles and London and featuring among its best DJs  Zane Lowe, who left BBC and moved to Apple. 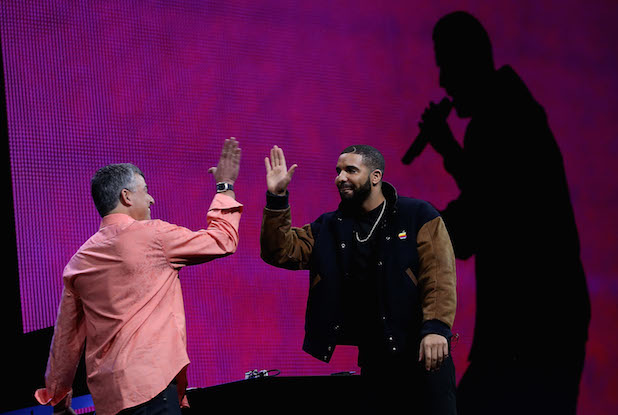 Jimmy Iovine presented Apple Music to the public at San Francisco. He worked with artists such as John Lennon, Bruce Springsteen, U2, Simple Minds and Patti Smith, but, most of all, is the co-founder of Beats Music, which was partly purchased by Apple last year. Drake, a Canadian rapper, talked about Connect, while Nine Inch Nails’ Trent Reznor, Apple creative director, went straight to the point in the introduction video:

There needs to be a place where music can be treated less like digital bits but more like the art it is, with a sense of respect and discovery. That place is Apple Music.

Apple Music will be available from 30 June in over 100 countries for iOS and Windows and next fall, a new app will be launched for the time to make Apple Music available for Android devices too.

Moby has shared in his site a free album of ambient music designed for those who practice yoga and meditate as he does.