Political short-sightedness is fuelling wildfires in the USA

Wildfires in the US have caused over 30 deaths and destroyed 2 million hectares so far. The tragedy became political when Trump visited California.

“The science is clear, and deadly signs like the fires out West are unmistakable — climate change poses an existential threat to our way of life”. This is how Joe Biden, presidential candidate in the upcoming November elections, has commented the wildfire crisis that is devastating the country’s West Coast.

His observation is objective, based on scientific data. It has nothing to do with taking sides or a partisan debate. It’s simply about listening to what the vast majority of experts, academics and researchers have been saying for decades: if we don’t tackle global warming in time, we’ll fall prey to its assault.

The science is clear, and deadly signs like the fires out West are unmistakable — climate change poses an existential threat to our way of life.

We must act now to avoid a future defined by tragedies like the one American families are enduring today. https://t.co/iGNTQVOy3t

Wildfires in the US devour 2 million hectares

What is happening in the United States in just one part of an ever-growing body of evidence from across the world demonstrating climate change‘s dramatic consequences. An area stretching from the country’s border with Canada all the way down to Mexico is currently dotted with immense fires that have already destroyed millions of hectares of flora. 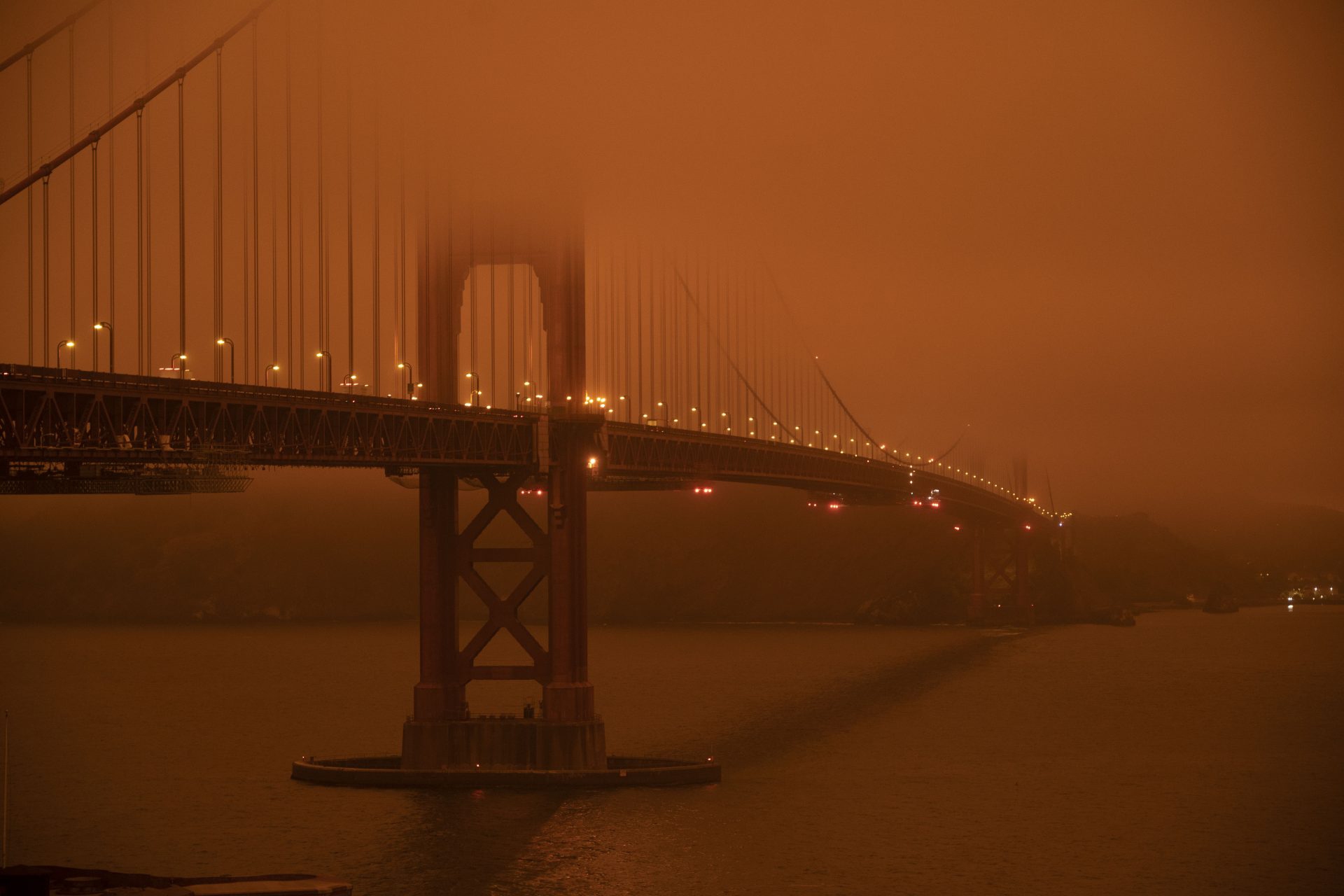 Frequent and intense periods of drought affecting the areas that are now being ravaged by wildfires have prepared the soil for this crisis. Extraordinarily high temperatures have lit the fuse. The outcome is obvious as the damage being wrought worsens day by the day. Since the beginning of this year, over two million hectares have gone up in flames, causing the death of 35 people, 27 of whom lost their lives in the past week.

President Donald Trump has blamed the devastation on poor forest management, in particular California’s failure to “clean your floors” of leaves. Following criticism about the lack of attention the president has paid to the wildfires, Trump visited California only very recently, on Monday the 14th of September, where he met with emergency services personnel, i.e. the people fighting to stop the blazes.

It was here that Wade Crowfoot, the secretary of the California Natural Resources Agency, warned him about the dangers of putting “our head in the sand and thinking that it’s all about vegetation management,” instead of about the climate. To which Trump responded: “It’ll start getting cooler. You just watch”.

“President Trump can try to deny that reality,” Joe Biden pointed out in a statement in response to Trump’s declarations, “but the facts are undeniable. We absolutely must act now to avoid a future defined by an unending barrage of tragedies like the one American families are enduring across the West today”.

The crisis has also led to pollution levels skyrocketing in cities like San Francisco, Portland, and Seattle. For days, citizens in these areas have been breathing heavily contaminated air: images of orange skies and smoke-shrouded landscapes have made their way around the world.

10 dead in Oregon as search continues

In the meantime, thousands of firefighters working to put out the blazes still haven’t been able to access certain areas that are especially remote and inaccessible. In the state of Oregon alone, where 10 people have died and the total affected area has surpassed 400,000 hectares, rescue workers are beginning to search for many people declared missing.

Bill, 49, and his wife and four children were forced to flee their home, AFP reported. They’re now living in a campervan and tents. “I saw a bird suddenly fall from the sky while it was flying”, he explained. “I realised that this stuff kills. And I don’t want to die”.

A giant vegetation barrier to stop desertification: The Great Green Wall is the world’s most ambitious project to fight the impact of climate change. Why it is struggling to reach its potential.

The ban on drilling for oil has been welcomed by activists, but comes after a series of controversial decisions in Alaska and beyond.

A Dutch court has ordered Shell to reduce its emissions

A Dutch court has handed down a historic ruling: oil giant Shell will have to cut its emissions to comply with the Paris Agreement.

The Greater Aletsch Glacier, a journey into the melting heart of the Alps

In the heart of Switzerland lies the largest glacier in the Alps, the Greater Aletsch Glacier. However, climate change is threatening its very existence.

How a starfish can help us understand climate change

A small starfish living in Norwegian waters is changing with the climate and is being studied to better understand the impact of global warming.

What 2020 taught us about the climate crisis

We must take advantage of opportunities for change to stop the climate crisis from becoming so serious that it drives us towards collective erasure.